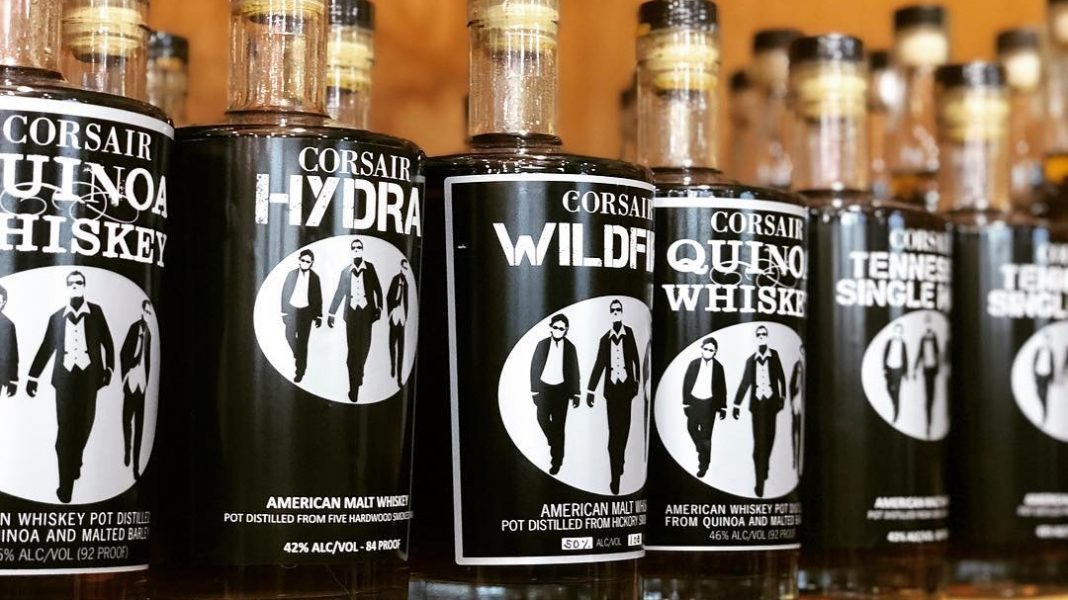 Nashville’s vegan-friendly Corsair Distillery is making whiskey out of quinoa.

Whiskey is traditionally made from grains, like corn, barley, rye, and wheat. However, Corsair Distillery – founded in 2008 by Darek and Amy Lee Bell – has moved red and white quinoa seeds into the mix. According to the company, the quinoa gives the drink an “earthy and nutty flavor.”

Whilst the distillery is already officially marketing its product – which is 20 percent quinoa and 80 percent barley – as Quinoa Whiskey, the jury is still out on whether the seed will be included in the official definition of what can make whiskey, whiskey.

According to Food and Wine, the Alcohol and Tobacco Tax and Trade Bureau has proposed a change to the definition, which will allow pseudocereal grains like amaranth, buckwheat, and quinoa to be officially included. According to the bureau, a number of brands, including Corsair, have applied to use these pseudocereal grains to create their whiskeys. Corsair has been given the go-ahead, but an official decision on the definition will be made in March.

“If I’m making a painting, I want to have as many colors in my palate that I can paint with,” Darek told NPR recently. “So as I’m making these whiskeys going forward, maybe it’s just a small touch of oatmeal that adds a little more to the body of the whiskey, or just a little bit of quinoa that adds something different.”

A post shared by Corsair Artisan Distillery (@corsairdistillery) on Dec 5, 2018 at 1:33pm PST

Corsair – which has won more than 800 medals for its products in national and international competitions – also offers Oatrage, a whiskey made with malted oats and coffee malts, Vanilla Bean Vodka, and Red Absinthe, amongst a wide range of other unique vegan-friendly spirits.

The rising demand is thanks to a growing number of conscious Millennials, according to one study on beer conducted last year by GlobalData. Consumer analyst for the firm Aleksandrina Yotova said in a statement at the time, “The fact that major brewers like Guinness have committed to 100 percent vegan-friendly beverages in recent years also suggests this trend will expand hugely in the future.”