The vegan meat — made by Mrs. Goldfarb’s Unreal Deli — will launch at Denver locations of the sandwich chain for a limited time. If the trial is a success, it may be rolled out nationwide.

Quiznos will serve the meatless meat in the new Plant Based Corned Beef sandwich, which comes complete with pickles, sauerkraut, dairy-based Swiss cheese, and honey French dressing. To make the menu option vegan, customers can request no cheese or dressing, and ask for a white or wheat bun.

Founded by Jenny Goldfarb, Mrs. Goldfarb’s Unreal Deli specializes in one type of vegan meat: corned beef. Aswell as Quiznos, the product is soon to be available from 58 Whole Food Markets in the Southern Pacific Region, and, hopefully, other select delis and restaurants nationwide.

Goldfarb will appear on “Shark Tank” on November 17, attempting to partner with one of the sharks to keep growing her brand. She told LIVEKINDLY, “It was the most exhilarating experience in my life.”

A number of vegan brands have appeared on “Shark Tank” recently, including Snacklins, a vegan pork rind company. The brand walked away with a $250,000 investment from Mark Cuban. According to Goldfarb, “vegan brands are finding success because the sharks know where the market is going.” 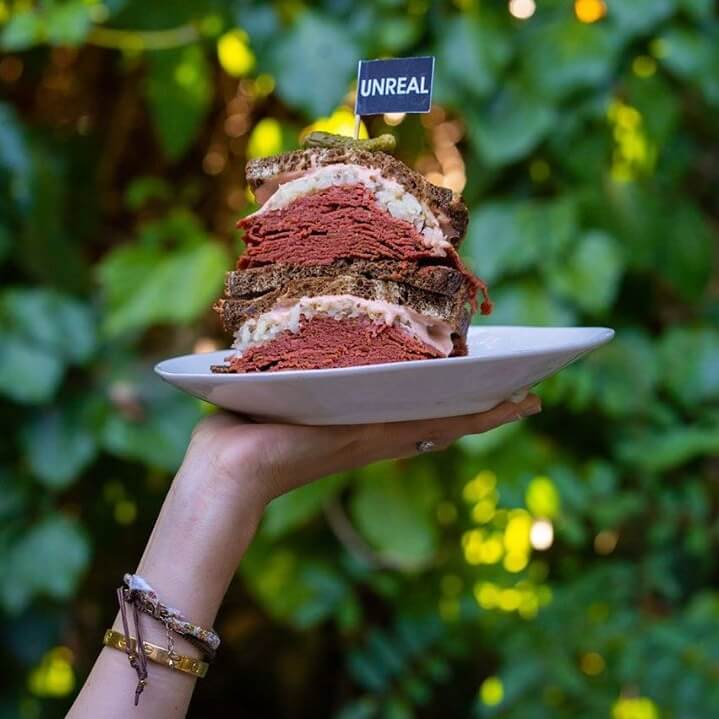 Quiznos isn’t the only fast-food chain to launch vegan meat. Rival sandwich chain Subway has launched vegan meatball marinara subs in the U.S., Canada, and in the UK; North American locations are selling Beyond Meat meatballs and the UK is offering Garden Gourmet’s version.

Jose Cil — CEO of Burger King’s parent company Restaurant Brands — said in a conference call in October, “the Impossible Whopper is a huge hit with our guests and has quickly become one of the most successful product launches in Burger King’s history.”

Wendy’s recently secretly launched its first plant-based burger option, and even select McDonald’s locations in Ontario, Canada are currently offering the Beyond Burger.

Vegan corned beef will be available from Denver locations of Quiznos from November 15.