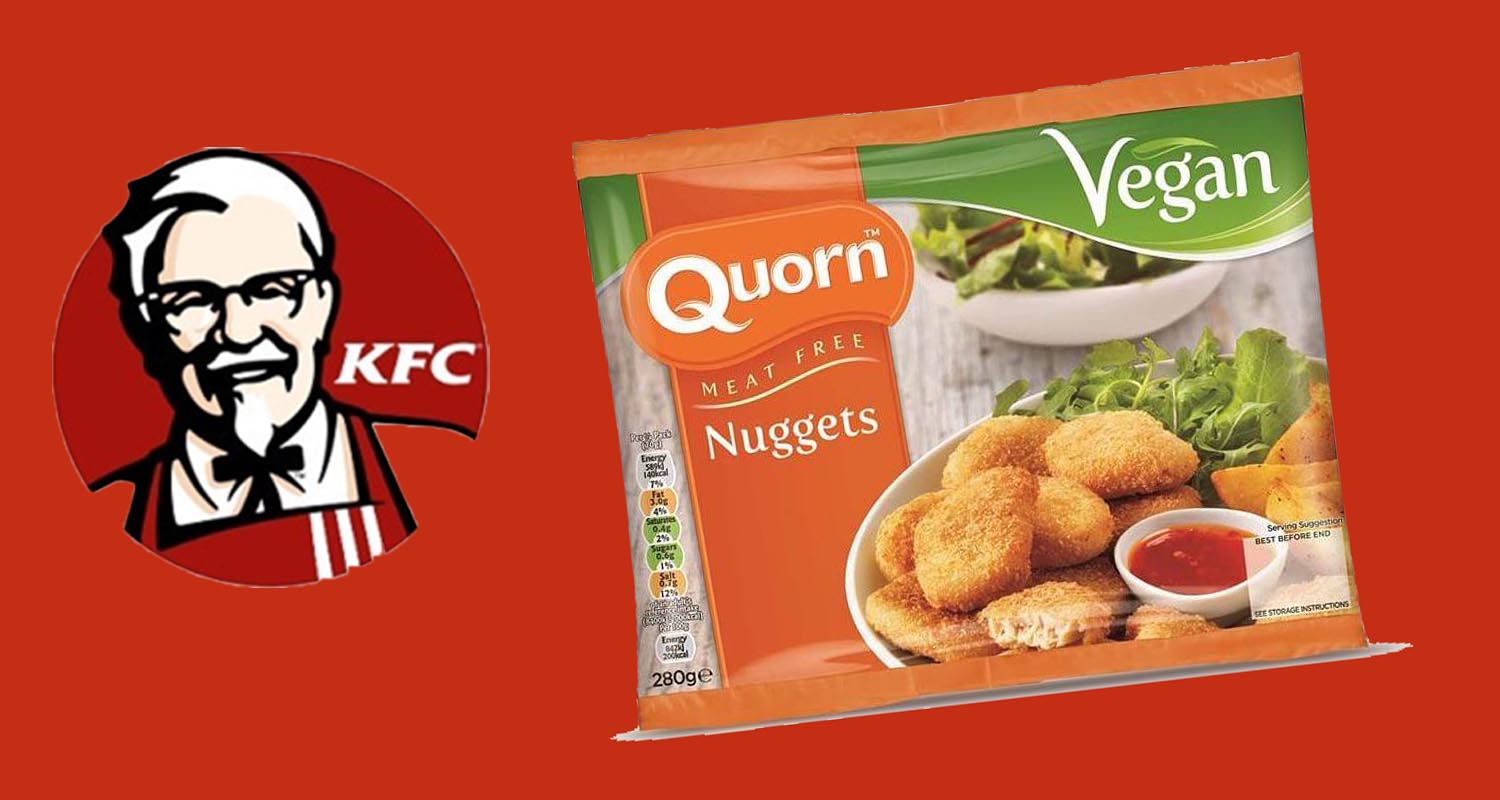 KFC restaurants in the UK are currently facing a crisis: they’ve run out of chicken. Reportedly, 646 KFC locations have been closed due to the shortage which they say was caused by a delivery issue, though no specific details have been released.

“The chicken crossed the road, just not to our restaurants,” KFC wrote on Twitter. “We’ve brought a new delivery partner onboard, but they’ve had a couple of teething problems ― getting fresh chicken out to 900 restaurants across the country is pretty complex!”

KFC has since changed contractors and is making plans to re-stock as soon as possible. However, popular vegan brand, Quorn, offered another option. In response to what many are dubbing #KFCCrisis, Quornresponded to the brand with a generous offer: “Hi @KFC_UKI, we hear you’re having a bit of a chicken shortage – let us know if we can share some Quorn Crispy Nuggets for a meat-free alternative for your customers!”

KFC has not yet responded to the tweet. However, the fast food chain may want to consider making plans soon as the shortage of chicken has resulted in some folks calling the police. Tower Hamlets Police also had to put a tweet out about the “crisis,” as they wanted folks to know that this was not a police matter.

Quorn, unlike KFC, has been having a smooth, successful 2018 thus far. The company, which sells vegan and vegetarian meats, has seen a revenue growth of 16 percent in the last year, taking its sales to £205 million. On top of this, the company now sells to 20 different markets and has seen sales increase by 27 percent in Europe and 35 percent in America and Australia. Back in January the company also added a new product to their line: vegan ham-style slices.

While it’s unlikely KFC will respond to Quorn or even consider Quorn products, the proposal itself brings up a bold point about the sustainability of animal meat versus plant-based meats. KFC may not have to make a change now but sooner or later the company may not have much of a choice.