“For the first time ever, more than half of all UK consumers are reducing their meat consumption and 57% of people believe that reducing meat benefits the environment,” said Alex Glen, Quorn marketing director, at a press event earlier this year. “There’s never been a better opportunity for convenience retailers to embrace meat-free products and promote their benefits.” 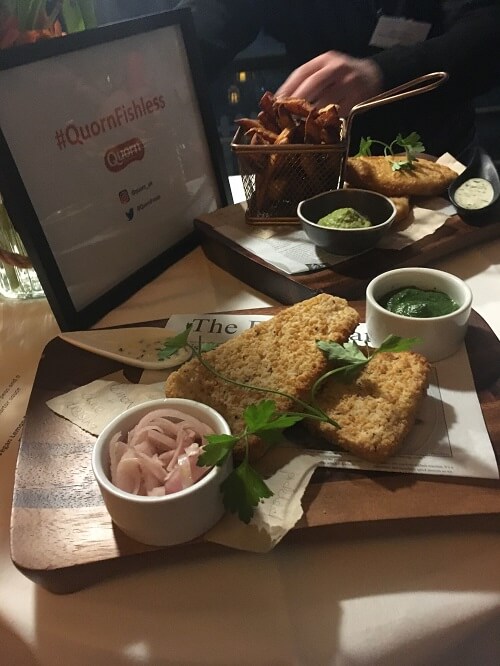 You can now enjoy sustainable vegan fish thanks to Quorn

The new vegan fish filets are low-fat and contain five times the fiber of traditional fish. Like Quorn’s veggie meat products, the plant-based seafood is made from mycoprotein, a high-protein ingredient made by fermenting a blend of glucose, minerals, and fungi. Seaweed extract was added to provide a realistic fish flavor.

Quorn’s new fishless filets are also much more sustainable than traditional seafood. According to recent data, overfishing has pushed the global fish stocks to the brink of collapse. Additionally, the products feature plastic-free packaging.

According to Glen, vegan products now make up 12 percent of the company’s range – a number that the brand expects to increase. Known for its vegetarian meat products, Quorn announced last August that it would pivot towards a fully vegan range.

“Quorn’s decision to continue to orientate their new products towards the vegan market is further proof that veganism is seen as a meat-free diet to back in the long term, over traditional vegetarianism,” said GlobalData analyst Will Grimwade at the time.

According to Quorn, the new launch makes it the only meat-free brand in the UK that can provide plant-based versions of the nation’s five most popular family meals: spaghetti bolonese, pizza, roast chickens, fish fingers, and fish and chips.