Vegetarianism and veganism intersect with identities across the spectrum. Whether it be how veganism has different historical roots in different racial groups or how one’s socioeconomic class may psychologically deter them from considering a plant-based diet, what we eat has deep connections with who we are as people. One part of identity that often gets left out of vegan conversations is religion. However that may change, moving forward, as 70 rabbis from all over the world, across denominations, have come together to sign a declaration encouraging Jewish people to adopt a vegan diet.

The timing of this statement is no accident. Right now, Jewish people are observing the High Holy Days. In these days they will prepare to fast on Saturday, their day of atonement — Yom Kippur. On Saturday night they will break the fast and eat a big meal. The declaration urges folks to start the new year with an ethical, guilt and animal-free meal.

The declaration, which was issued by the Jewish Vegetarian Society in Britain and the American group Jewish Veg, states: “We, the undersigned rabbis, encourage our fellow Jews to transition toward animal-free, plant-based diets. This approach to sustenance is an expression of our shared Jewish values of compassion for animals, protection of the environment, and concern for our physical and spiritual well-being.” 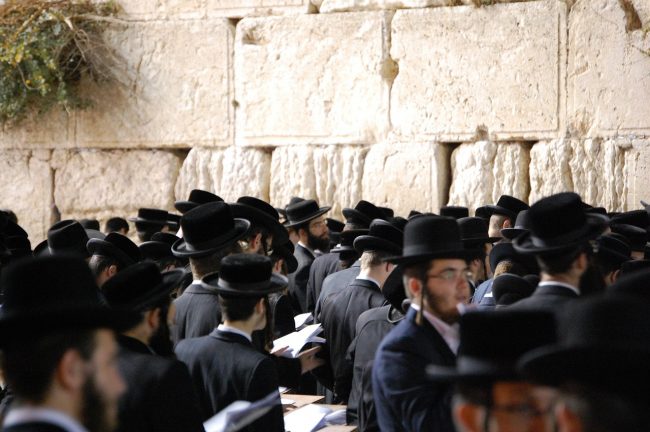 This isn’t a publicity stunt or some half-thought gesture. In fact, its intentions are deeply rooted in the heart of Jewish faith. The Jewish Chronicle reported that Rabbi David Wolpe, one of America’s prominent Conservative rabbis, is in full support. ‘Tza’ar ba’alei chayim, not causing pain to another living creature, is a central principle of the Jewish tradition and we violate it every time we eat something that we know was factory farmed, was debeaked, declawed, was treated cruelly,” Wolpe said.

Thankfully, a vegan diet is almost by default a kosher (kashrut) diet. That means people won’t have to separate milk and meat plates when they go vegan.

This a wonderful announcement full of compassion and hope for the future. Mercy for Animals writer Rachel Krantz says it best, “So if you’re observing Yom Kippur this year, consider breaking your fast with a vegan feast, one that truly makes a statement that you will try to inscribe yourself in the Book of Life by choosing a diet based in life rather than death.”