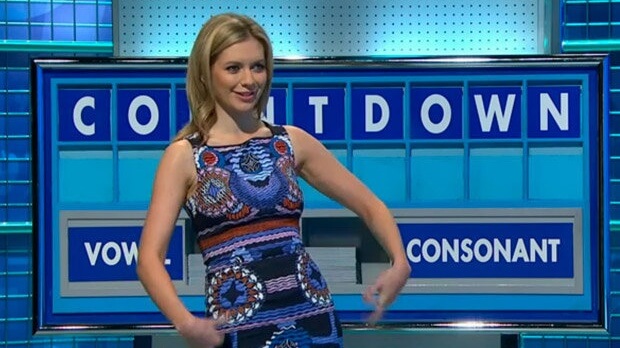 Riley recently spoke about her unusual vegan journey in collaboration with Ben & Jerry’s and The Guardian. She ditched eggs and dairy before meat and fish. The presenter praised the “incredible” plant-based options available in the UK today whilst munching on dairy-free ice cream.

According to Riley, her sweet-tooth actually led her to veganism in the first place. After suffering from intolerances to eggs and dairy, the only place she could get hold of a satisfying pudding was in vegan restaurants, leading her to sample a few of the mains on the menu too. “It wasn’t a chore, so I gave up meat,” she said.

Fish was the final animal product she cut out of her diet, last January. She continued, “For Veganuary, I thought, I’ll try it for a month, I’ll give up fish. And I found I didn’t need it at all.”

She explained that, whilst there are vegan options in abundance now, when she was a young child in the nineties suffering from food intolerance, there was hardly anything she could eat. The only things available to her were the lackluster alternatives in the local health food shop.

Fast forward to 2019, and there are options everywhere. In the last month alone, Greggs has launched a hugely popular vegan meat sausage roll, which – according to some customers – tastes just like the real deal. Italian American chain Frankie & Benny’s introduced an entire new vegan menu, including burgers, pizzas, and mac ‘n’ cheese. And pizza delivery chain Papa John’s rolled out dairy-free cheese to every single store across the country, which sold out within 24 hours.

“The vegan options are incredible,” said Riley. “you can get chicken nuggets that taste like chicken nuggets. There [are] 300 different types of milk, cheeses, there’s pudding, you can get ice cream that tastes like ice cream… they really do have an answer for everything these days.”

She concluded, “If I’d have the food options to eat when I was first ill with food aged eight that I do now, then maybe I’d be celebrating my 25-year [vegan anniversary].”

Riley isn’t alone in embracing the plant-based lifestyle, a record-breaking 250,000 people took part in Veganuary this year, ditching meat, dairy, and eggs for the first month of the year. Some will decide to keep up the lifestyle choice, like TV presenter Chris Packham. The wildlife expert documented his experience with veganism on social media for every day of January and recently revealed his decision to remain vegan permanently.