Strong ethical vegan and professional racing car driver, Leilani Münter, is about to debut her brand-new racing car design in Florida at the Daytona Speedweeks. Last year, Münter drove a ‘vegan powered’ car, this year she’s opting for the ‘vegan strong’ slogan to be exhibited on the front of her vehicle.

Münter studied biology before turning her hand to racing car driving and she is also a keen environmentalist and animal rights activist. The driver has used her sport to communicate many important messages about animal rights and saving the environment, including driving a car with images of the famous SeaWorld expose, Blackfish, on it. 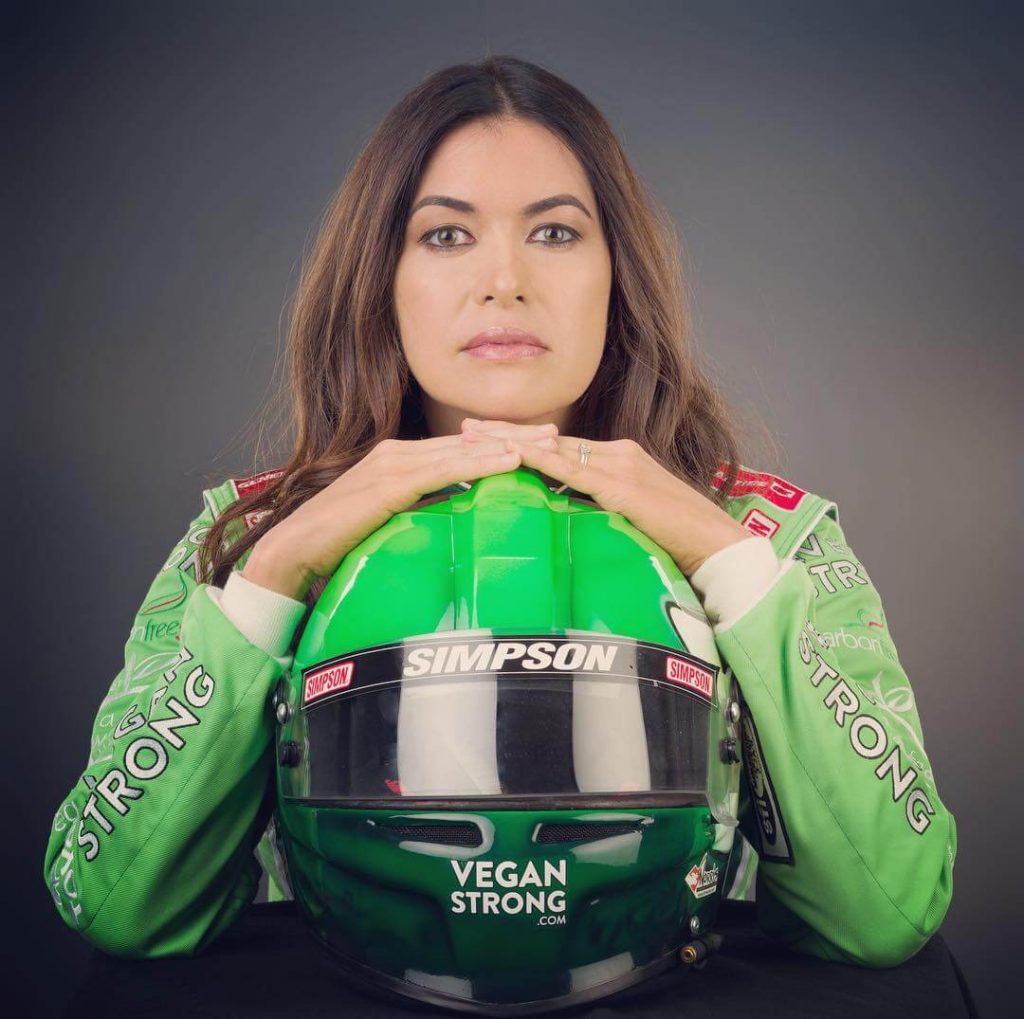 She said in a video for The Atlantic, ‘my cars are just unique in the way that the messages I carry on them are asking people to do something good for our planet and for the animals that we share it with.’

So, watch this space for more vegan activism from the star and in the words of Münter herself, ‘never underestimate a vegan hippie chick with a race car.’