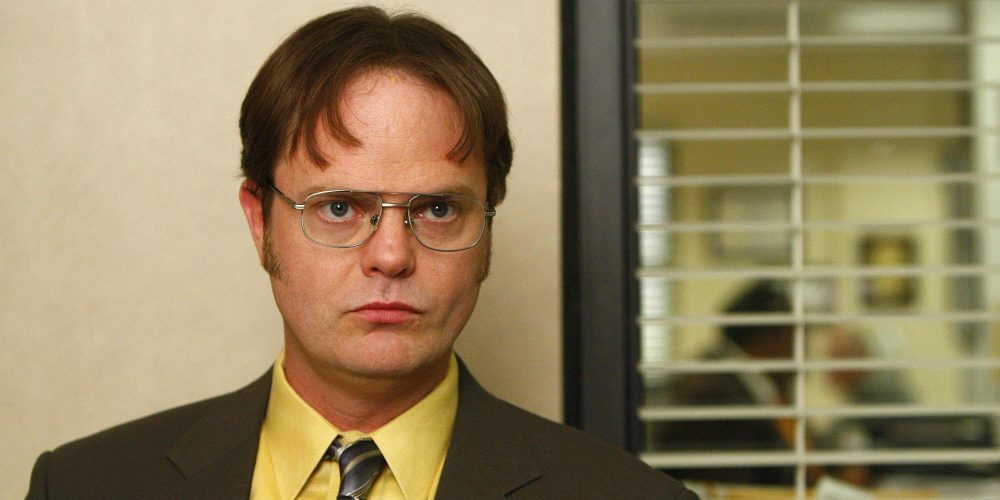 Dubbing himself ‘The Fifty Year Old Vegan’, Rainn Wilson most famous for his role as Dwight Schrute in the American version of The Office, has announced that he’s been following a vegan diet for the past six weeks.

Wilson took to Instagram to tell his fans about his new eating habits, but reassured them that ‘[HE] WILL NOT BE ONE OF THOSE ASSHOLE VEGANS WHO IS ALWAYS TALKING ABOUT HOW THEY’RE A VEGAN!’

THE FIFTY YEAR OLD VEGAN So about six weeks ago or so, my wife @HolidayReinhorn and I decided to try Veganism for a month. (Is that a thing? A word? VeganISM?) As an experiment. We were so dependent on eating animals and animal products, we just wanted to try it. Give our digestive systems a change-up. It was TOUGH. Especially that first week. I wanted a steak and eggs so bad. I felt tired and cranky and hungry all the time, even with the buckets of Quinoa I was shoveling into my mouth. Ugh. But then, sometime in the second and 1/2 week, things shifted dramatically. I noticed that I had more energy! I was sleeping better and deeper. I didn’t need naps in the afternoon as much. I started to drop some pounds. And, bonus, it’s supposed to be good for the planet. Personally, I have no moral issues with killing and eating animals. But the health and planetary benefits seem pretty good. Who knows, I may start adding some fish or some eggs. Or some fish eggs. But I’m enjoying the journey so far and want to leave you with a single promise: I WILL NOT BE ONE OF THOSE ASSHOLE VEGANS WHO IS ALWAYS TALKING ABOUT HOW THEY’RE A VEGAN!

Aside from this, Wilson was very positive about the effects veganism has had on his body and mind over the past six weeks. He admitted that the first week or so was in fact quite difficult, leaving him craving all sorts of animal products, but ‘sometime in the second and 1/2 week, things shifted dramatically.’ Wilson has noticed that he’s sleeping better, needing less nap time during the day, and also that he began to lose weight.

At first, he and his wife only planned on trialing the diet for a month, but it appears that this change will be long-term.

Wilson isn’t the only celebrity who has claimed they have felt a physical difference after ditching animal products. Waka Flocka Flame attributes his vegan diet to helping him lose weight, and Natalie Portman credits veganism for curing her acne.

It’s unclear what sort of food Wilson has been eating, aside from ‘buckets of Quinoa’ but it appears he’s enjoying his new lease of life, claiming that he has much more energy than before.