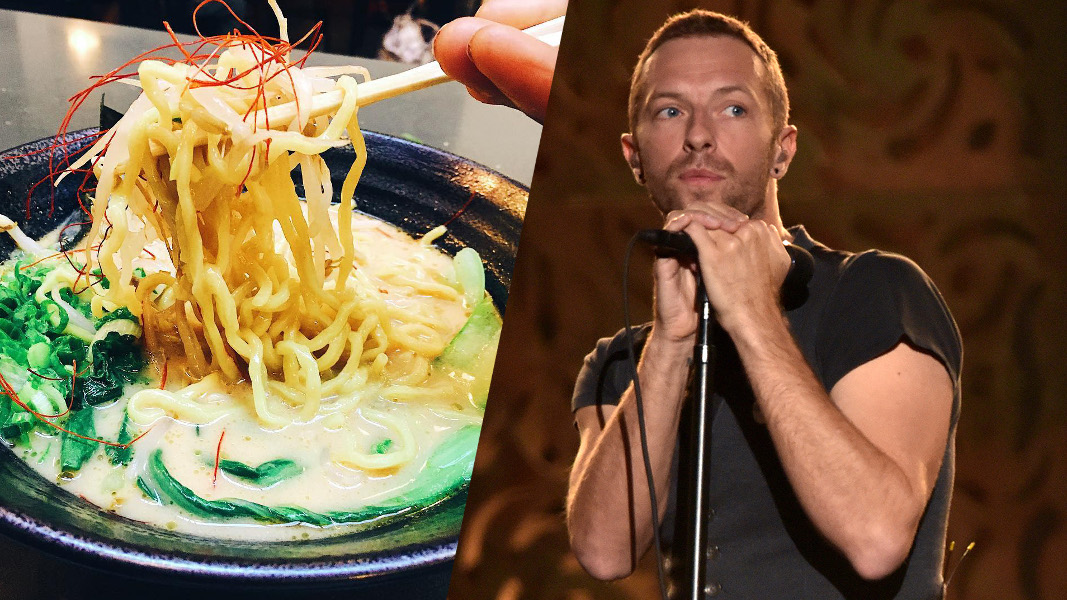 Los Angeles-based vegan ramen spot Ramen Hood has made its way across the U.S. to open a new pop-up location in New York City. And so far, it’s a hit with locals and celebrities, including Coldplay frontman Chris Martin.

In fact, Ramen Hood thinks its new Japanese-inspired Rich Ass Broth – which features a vegan egg – is so good, it could even inspire the singer to pen a new hit.

Posting on its Instagram account, the eatery uploaded a photo of Martin grinning with a bowl of vegan Rich Ass Broth in front of him. “I think our #richassbroth just inspired a new #coldplay song,” Ramen Hood noted.

A former vegetarian, it was reported that after Martin’s divorce from actor Gwyneth Paltrow he ditched his meat-free way of life – despite earning the title of World’s Sexiest Vegetarian from animal rights organization PETA back in 2005. However, his appearance at the vegan ramen eatery indicates that he may still have a love for plant-based foods.

I think our #richassbroth just inspired a new #coldplay song.

In its Los Angeles home in Grand Central Market, Ramen Hood has a reputation for serving unique, tasty, plant-based noodle dishes, which, according to the brand, rival their non-vegan counterparts. Its vegan eggs, which can be added as an extra to any of its menu items, are made from soya milk and agar to create the egg white, and nutritional yeast, back salt, and sodium alginate is used to make the yolk.

“We spherify the yolk using a little magic and place it in the center of the white,” notes the cafe on its website. “The yolk pops just like the real thing!”

Eggs are popular in Japanese cuisine and Ramen Hood isn’t the only eatery to figure out a vegan way of offering them to customers. Across the pond, UK Japanese-inspired chain Wagamama serves a “mind-blowing” vegan egg dish created by popular plant-based popular Gaz Oakley in select London and Cardiff locations. The recipe differs from Ramen Hood’s version, with miso-infused coconut and sriracha mayo, but the look is just as authentic.