Realistic raw vegan tuna and eel has come to Europe.

US-based Ocean Hugger Foods has brought its sustainable, plant-based seafood products to the UK. Ahimi and Unami were both debuted at the 2019 Hyper Japan Festival in London back in July.

Similar to raw tuna, Ahimi is Ocean Hugger Foods’ flagship product. It’s made with tomatoes, as well as gluten-free soy sauce, sugar, konjac powder, and sesame oil. “The texture and flavor of the tomato are transformed through a special technique,” says the brand’s website. According to a press release, this process is currently patent-pending.

“Ahimi was designed to be a delicious alternative to ahi tuna with a savory, meaty taste,” the website continues. “It’s made from tomato, but it’s appearance and texture are indistinguishable from raw tuna.”

Made with eggplant, Unami is Ocean Hugger Foods’ answer to freshwater eel. “Unami is a ready-to-use product that is great for sushi and rice bowls,” says the press release. It adds that it can also be used for more “innovative dishes,” including Japanese-style pizzas and tacos. 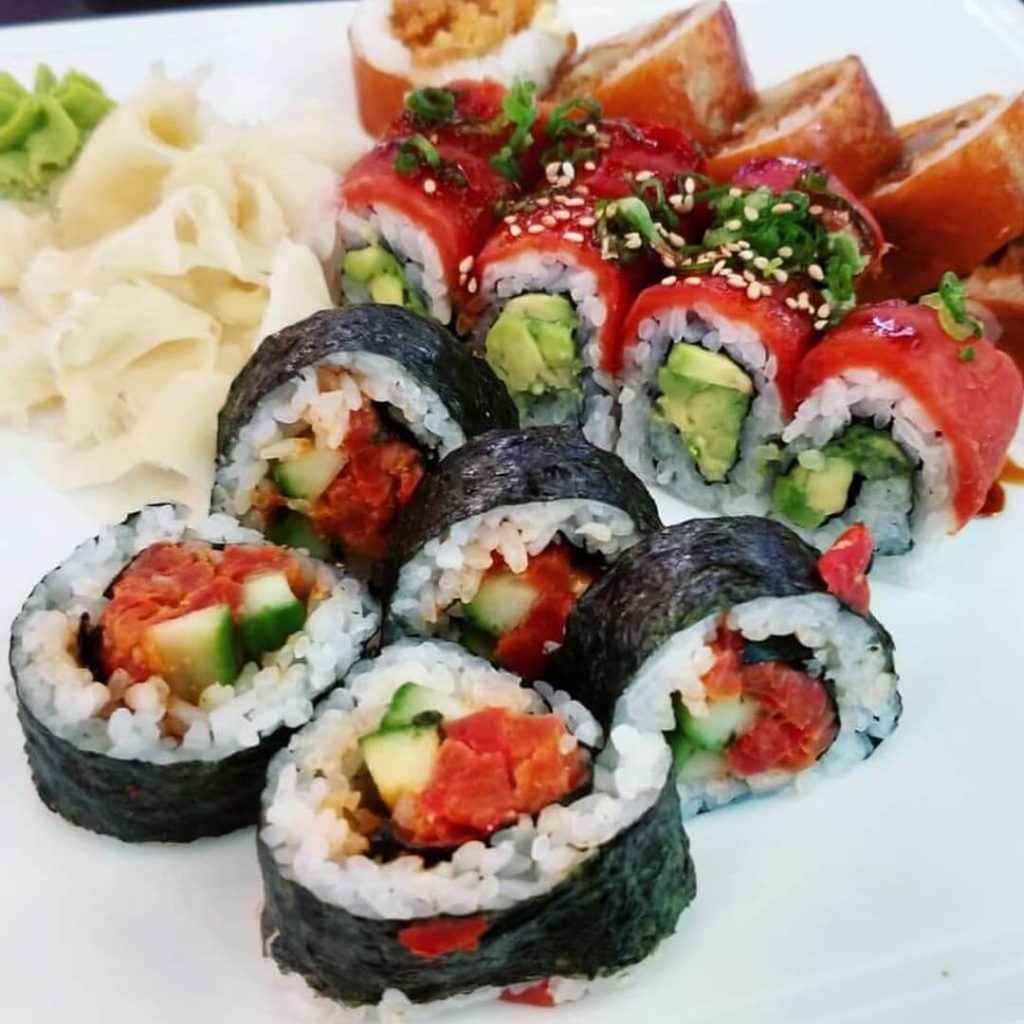 Ahimi is made with tomatoes. | Ocean Hugger Foods

Co-founded by James Corwell and David Benzaquen, Ocean Hugger Foods’ is on a mission to provide the world with sustainable, environmentally-friendly seafood. Ninety percent of the ocean’s large predatory fish — including tuna — are already gone, “and the rate of fishing isn’t slowing down,” says the brand’s website.

Fishing is also responsible for huge amounts of plastic pollution. According to a study from last year, nearly half of all marine plastic is made up of fishing gear. Large mammals often become entangled in nets, causing them to sustain serious injuries or drown.

The World Wildlife Fund says, “entanglement in fishing gear is the leading threat for whales and dolphins around the globe — estimated to cause at least 300,000 deaths per year.”

According to Ocean Hugger Foods, Brits are becoming conscious of the environmental risk of consuming animal products. “Many consumers in the UK are trying to consume more plant-based protein for environmental, health, and animal welfare reasons,” Benzaquen said in a statement.

“Our plant-based products are a delicious alternative not only for vegans and vegetarians but also for anyone concerned with the impact their food choices have on the environment,” he continued.

Ahimi and Unami will be available to foodservice providers this autumn.