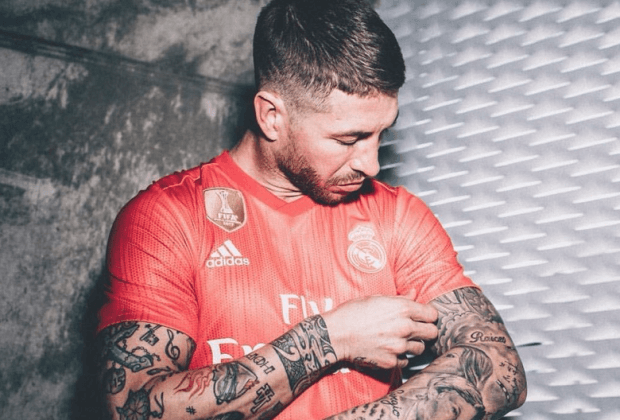 Real Madrid and Juventus have more than just star-player Cristiano Ronaldo in common; the teams, which are two of the biggest in footballing history, now both have kits made entirely from ocean plastic.

The new third kits, coral pink for Real Madrid and dark grey for Juventus, were made by Parley Ocean Plastic in collaboration with major sportswear brand Adidas.

Through partnerships with major brands, Parley hopes to “accelerate a process of change,” according to its website. So far this year, the organization has linked up with a number of prominent and influential companies, including American Express, which is currently in the process of creating its first ocean plastic card. Leading fashion designer Stella McCartney has also partnered with the nonprofit, creating ocean plastic sneakers, also for Adidas.

According to Parley, Real Madrid’s kit is pink for a reason, imitating the color of the kinds of coral currently under threat from plastic pollution. “Real Madrid has the power to amplify our message, to share it with their massive global following and to bring it to life with their own decisions and actions,” Cyrill Gutsch Parley’s founder said in a statement.

“Let’s create the tools these kids need, to solve the problems we created.” says Parley founder @cyrillgutsch “Because we are leaving behind a broken planet. The least we can do is to inspire a new mindset and provide new materials, new production methods which allow them to stop making more damage and give the oceans a chance to heal before they completely collapse. This is what the Material Revolution is all about.” @parley.tv #parleyair @adidas @realmadrid @garethbale11

Italian team Juventus’s new gear was created with “eco-innovation and longevity at its very heart,” explained Adidas designer Francesca Venturini to Global Citizen. She added, “The dark grey shade with yellow accents makes it the perfect jersey to be worn either on the pitch or on the streets.”

Adidas intends to go one step further than football kits to help bring Parley’s dream of saving the world’s oceans to fruition. By 2024, the Germany-based brand will use only recycled plastic in its shoes and sportswear lines and will also remove virgin plastic from all offices and warehouses. Through this commitment, it is estimated that Adidas will save around 40 tonnes of plastic per year.

“No other big movement in the history of humankind has developed faster than the environmental causes,” says Parley. “We want to make sure we are fast enough to meet the ultimate deadline and turn the ship around before we lose a treasure we have only just started to explore and still don’t fully understand: the fantastic blue universe beneath us – The Oceans.”