A 16 year old boy, who goes by the name ‘Fruity Simon’, has completed a task most adults would wince at, he’s written an entire e-book by himself! The book, which is about his journey to veganism and includes a lot of recipes, is currently on sale via his blog. But, not satisfied with simply encouraging others to be vegan, he’s decided to donate all the profits of his e-book to Mercy for Animals, an animal rights organisation.

Banana nicecream made of ripe bananas, cocoa powder and hemp protein? that’s it, all the ingredients!!? If you want to know all the tips on how to do creamy and thick nicecream like this get my new ebook! (as well as other 100 recipes)☺️ Link in my bio?

Simon has set himself the challenge of selling 2480 copies, so that he can give $10,000 dollars to the animal group. The e-book is only $3.99, despite being nearly 150 pages long. The vegan teenager has given a detailed account of how he came to be vegan, which is largely based on health. He has also included a huge number of recipes for any time of day, and has helpfully included pictures just to make you extra hungry!

Fruity Simon announced the decision to donate his profits to charity on Instagram and Reddit, claiming that, although he donates as much as possible, it never quite seems enough. As a student, Simon doesn’t have much disposal income but did ddonate $50 of his Christmas money to the charity last year.

Mercy for Animals work to rescue and re-home animals who are currently owned by animal agriculture. The not-for-profit group are seeking to end animal agriculture and are therefore advocates of a vegan diet. On their website the group detail their four pronged approach to ending cruelty to animals, they expose the truth with their undercover investigations, fight for changes in animal welfare laws, reach out to corporations asking them to change their animal welfare policies and encourage the public towards a vegan diet.

Fruity Simon’s donation will likely have a huge impact on the organisation, if you want to help him out you can head over to his blog and buy the e-book. You can even take a look at a preview of his work if you need any more convincing.

Teens like Fruity Simon and his generous nature give hope for a brighter future. 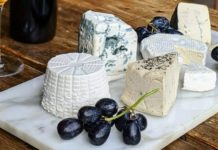 The History of Vegan Cheese