Updated October 8, 2020 | Vegan sneakerheads will soon be able to score a kinder pair of kicks from Reebok. The popular shoe brand is set to debut its very first sneakers made from plants—and they’re as sustainable as they are stylish.

The Forever Floatride GROW is Reebok’s latest pair of performance running shoes. And if they look familiar, it’s because they are an update to the brand’s award-winning Forever Floatride Energy shoe. They just have a sustainable twist.

The trainers are USDA-certified plant-based. The vegan sneakers feature four key eco-friendly materials: an algae-based sock-liner, an upper made from eucalyptus, a midsole made of castor beans, and a natural rubber outsole.

You can snag a pair of the brand’s eco-friendly trainers when they launch on Reebok Unlocked on October 1.

What sets Reebok’s Forever Floatride GROWs apart from traditional running shoes is the fact that they don’t contain oil or natural gas.

Petrochemical products, such as ethylene-vinyl-acetate, are commonly used in performance running shoes (among other unsustainable materials).

The petroleum-based chemicals give sneakers their signature features: a lightweight, breathable feel, water-resistance, and supportive structure. But Reebok was able to utilize the power of “plants and other renewable agricultural elements” to give their plant-based shoes the same qualities.

Mike Andrews, Reebok’s director of advanced development, told LIVEKINDLY the company focused on plants in order to reduce the company’s footprint on the planet.

“We need to reduce our waste and our use of petroleum products. Recycling will get us partway there, but we will need to find alternatives for petroleum-based products,” he explained.

“The use of petroleum based virgin plastics is part of almost every product that’s been sold and has significant negative effects both at the front-end processing of the product during creation and at the back end with much of what the industry creates ending up in landfills where it can last for hundreds of years,” he continued. 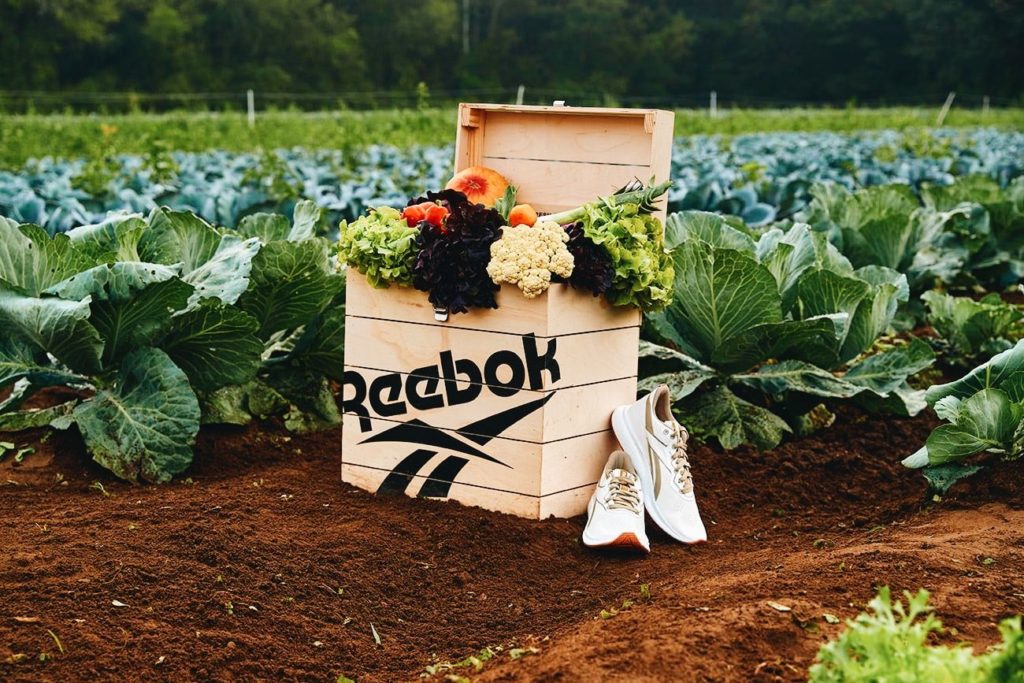 Reebok isn’t the first company to debut eco-friendly shoes made from plants.

The company took five years to develop its vegan CAMPO sneaker range, which features corn leather. The sustainable leather is up to 63 percent biodegradable. And in July, Veja revealed the launch of new vegan sneakers, called Urca, which the company made from food waste.

The Paris-based brand Virón was also founded this year by sustainable footwear experts Mats Rombaut and Julian Romer. The company makes its shoes from PETA-certified vegan or upcycled materials. In lieu of petrol-based PVC materials, Virón makes its leathers from apple and corn waste.

For a complete guide to plant-based, sustainable shoes—click here.