Traditionally, goats, buffalo calves, and chickens are sacrificed at temples as an offering to the Hindu deities. According to the Cabinet Memorandum, “One of the primitive methods of worship is animal and bird sacrifices… Slaughtering of animals is carried out in public in [the] open courtyard of the temple without considering health and mental harm of the devotees,” The Hindu Business Line reports. During the religious festivals, the animals are frequently left to bleed out.

Speaking to the BBC, a Sri Lankan government spokesperson confirmed that the decision follows years of protests, particularly by the nation’s Buddhist majority. While those Hindus who practice the tradition argue that the ban unfairly restricts their religious freedoms, the spokesperson also said that the decision was supported by most moderate Hindu groups. 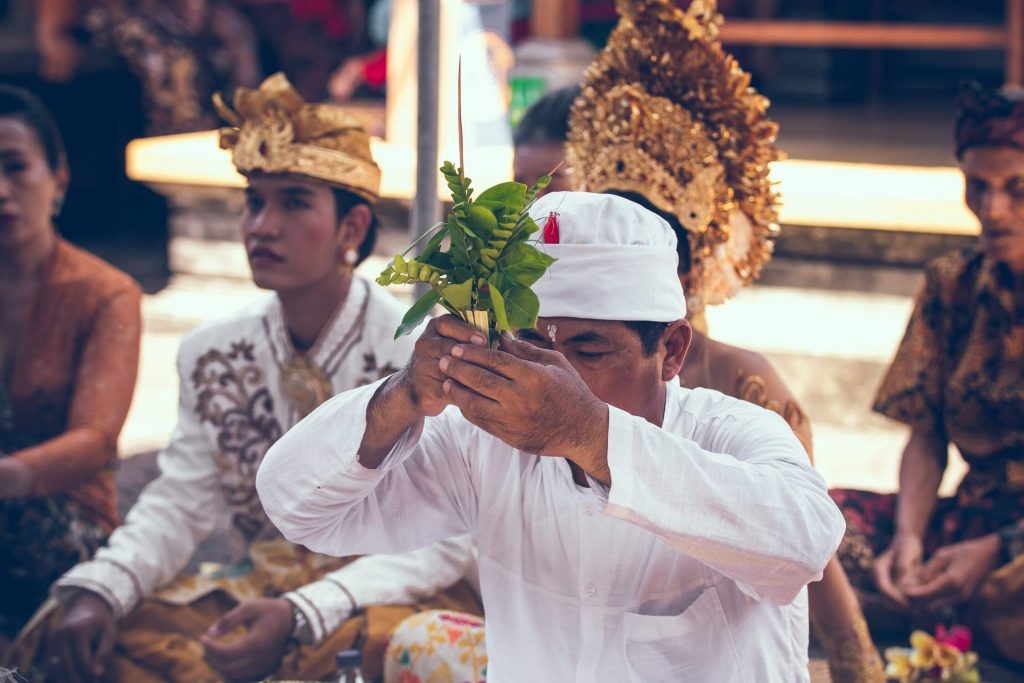 While Hinduism does not prescribe a vegan or vegetarian diet, many Hindus avoid eating animals in a bid to minimize the harm caused to other life forms. Mahatma Gandhi, famous for promoting peace and calling his dependence on goat’s milk in 1931 “the tragedy of [his] life,” was raised a Hindu; Hindus, Buddhists, and Jainists also all incorporate the harm-avoidance principle of ahimsa into their lives. The religion is also increasingly linked to animal welfare, with more Hindus favoring a vegan diet. For instance, Dubai-based airline company Emirates reintroduced veggie Hindu meals due to customer demand after announcing plans to remove the meals. Likewise, the Hindu American Foundation, the biggest non-profit advocacy group for Hindus in the U.S., recently pledged to serve more vegan food in a bid improve sustainability: 30 percent of its meals will now be vegan.

Beyond public support for the decision, the Cabinet Memorandum also noted influence from India, where legislation to ban animal sacrifice is operative. It went on to add that the members of Parliament representing the Hindu Community and Hindu Association in Sri Lanka are now also of the unanimous view that sacrifices of any living being in the name of Hindu Religion should be banned and even made a punishable offense.