U.S. based Rent the Runway stores, which allow customers to rent designer gear, are now officially fur-free. Thanks to a campaign from animal rights giant, PETA, the rental retailer realized the brutality of the fur industry back in May, taking initial steps to rid its collections of the material. It has now removed the last item in its stores containing fur.

Last year, Rent the Runway was inundated with around 150,000 emails, messages on social media, calls, and letters asking it to consider no longer renting out designer threads, which include fur.

“Fur is falling out of favor at a dizzying pace,” Anne Brainard, PETA Director of Corporate Affairs, said in a statement. “Rent the Runway is right on trend. PETA encourages retailers everywhere to join this compassionate company and refuse to stock or sell coats, collars, and cuffs made from tormented animals.” 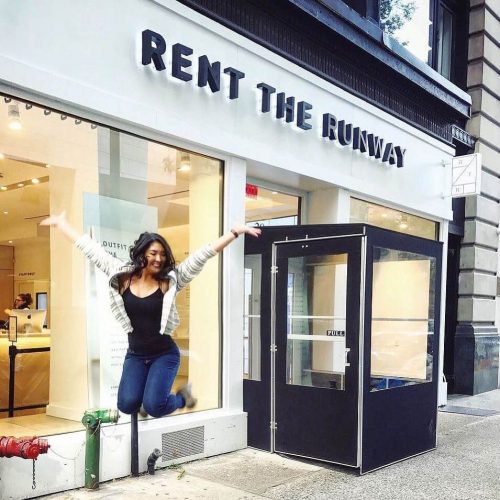 Gucci and Michael Kors/Jimmy Choo have also pledged to go fur-free, with Tom Ford, a vegan himself, promising to significantly reduce the number of animal products used in his collections and stick to by-products. “Do you think using furs today is still modern?” Asked Gucci’s CEO Marco Bizzari last year. He added, “I don’t think it’s still modern and that’s the reason why we decided not to do that. It’s a little bit out-dated.”

It’s not just designers who are purging their collections of fur either; at the end of February, London’s Camden Market announced plans to also go fur-free. PETA commended this decision too, stating the market is doing the right thing for “today’s kind consumers.”

Claire Bass, of the Humane Society International (HSI), believes the fur industry is being propped up by consumers who are simply not aware that the items they are buying contain real fur. “Our investigations at London markets, including Camden, have found a huge volume of very cheap animal fur being sold as ‘fake fur’ and shoppers are rightly horrified by this,” stated HSI. “Making the market fur-free is a very smart move by Camden’s managers, reflecting the fact that the vast majority of British shoppers want compassion in fashion, and so shun the ugly fur trade.”