A new report says the meat industry is unsustainable. It proposes a large-scale shift to plant-based and cultured meat instead.

The global meat industry is currently worth more than $2 trillion. The production of meat is growing steadily at a rate of two to three percent each year. However, meat production is not an efficient method of feeding the world’s growing population, the report by independent market research firm IDTechEx explained.

“[Meat production] is an inefficient way to produce food that may soon be unable to adequately feed the growing global population, which could reach 10 billion by the year 2050,” Dr. Michael Dent, IDTechEx’s technology analyst, said in the report.

In order to feed that many people, global food production would have to increase by 70 percent. Dent says livestock requires far too much land for the limited number of calories and protein they produce.

“Of the 51 million km2 of agricultural land, 77% is used for livestock and feeding livestock,” he explained. “Despite this, only 17% of global caloric consumption comes from animals. Only 33% of global protein intake comes from meat and dairy.” 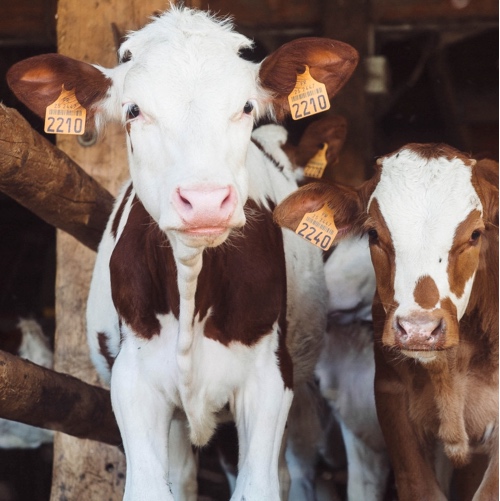 Animal agriculture contributes to the world’s ‘most serious environmental problems.’

The Meat Industry’s Impact On The Environment

The Food and Agriculture Organization of the United Nations describes animal agriculture as “one of the top two or three most significant contributors to the most serious environmental problems, at every scale local to global.”

In addition to emitting significant amounts of greenhouse gases, the meat industry is responsible for deforestation, water stress, degradation, and coastal “dead” zones.

IDTechEx’s report says that while many of these issues could be solved if people gave up meat, it is highly unlikely the world’s population will turn vegan.

For this reason, Dent proposes a shift to cultured meats (slaughter-free meat grown from animal cells in a lab) and plant-based proteins. He explained, “there is a large opportunity for any company that can create a realistic substitute for meat products.”

“Realistic and affordable replacements for meat will be necessary before a significant shift away from the conventional meat industry is likely to happen,” he added.