A team of scientists at the University of Kent has made a breakthrough discovery in plant-based vitamin B12 absorption, says a paper published in the journal Cell Chemical Biology.

Vitamin B12 (scientifically referred to as “cobalamin”) is predominantly unable to be absorbed or produced by most plants, therefore people eating a plant-based diet are advised to supplement the essential nutrient.

The team — under guidance from Professor Martin Warren at the University’s School of Biosciences — alongside year 11 and 12 students at Sir Roger Manwood’s School in Sandwich, have successfully grown common garden cress seedlings that absorb cobalamin.

According to science website PHYS, the researchers developed a strain of cobalamin that emitted fluorescent light when hit by a laser, this helped find definitive evidence of the nutrient’s location within the seedlings.

The team discovered the quantity of cobalamin absorbed by the garden cress seedlings was dependent on the amount of cobalamin present in the growth medium. The scientists were able to confirm the seedlings absorbed cobalamin and transported the nutrient to be stored in the vacuole (part of a leaf cell), where the B12 could then be consumed by humans. 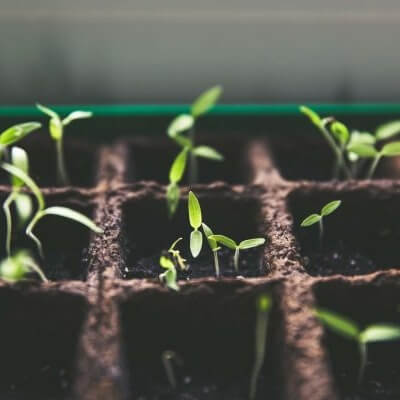 Vitamin B12 is typically obtained from meat

The groundbreaking discovery could have the potential to revolutionize the cobalamin supplement and plant-based supplements industry if the technology were to be applied industrially.

Cobalamin has distinctly unique qualities when compared to more commonly available vitamins. It can only be produced by specific bacteria, and the process of it entering complex multi-cellular organisms can be diluted by inactive monologues.

This new discovery is also expected to help determine why some people are more likely to have a cobalamin deficiency than others. The technique was applied to worms, providing insights on how the process could benefit parasitic infection research.

Vitamin B12 deficiency is often associated with veganism and vegetarianism. However, a study released last year found that 40 percent of the U.S. population is deficient in the nutrient, regardless of their dietary habits, as food is only one of the multiple factors that influence the development of a deficiency.

Studies conducted in 2008 by researchers at the Harvard School of Public Health, Tufts University, and the National Cancer Institute identified that genetics play a role in determining B12 deficiencies. Follow-up studies in 2012 found a gene associated with cobalamin transportation would affect the upkeep of the nutrient if the gene was comprised or ill-functioning.