“Very sad to say… my dear friend Pig Pig has passed away,” Cyrus wrote on her Instagram Story. “I will miss [you] always. Thank you for so many laughs and good times girl.”

Cyrus first adopted the pig in 2014, she revealed in an Instagram post at the time that welcomed the “newest member to the fam.”

The pig was named Bubba Sue but was renamed later that year “Pig” or “Pig Pig” (she responded to both, according to Cyrus, but not to “Pig Pig Pig”). The musician said that the pig herself was the one who “legally changed her name.”

The family addition made Cyrus the “happiest mommy ever,” according to her Instagram. Pig Pig accompanied the entertainer on her private jet, appeared on the cover of Paper with Cyrus, and even stopped the artist from touring. She told Howard Stern in 2017, “Literally the only reason I’m not touring is because of those [expletive] pigs. That’s how much I love those pigs.” 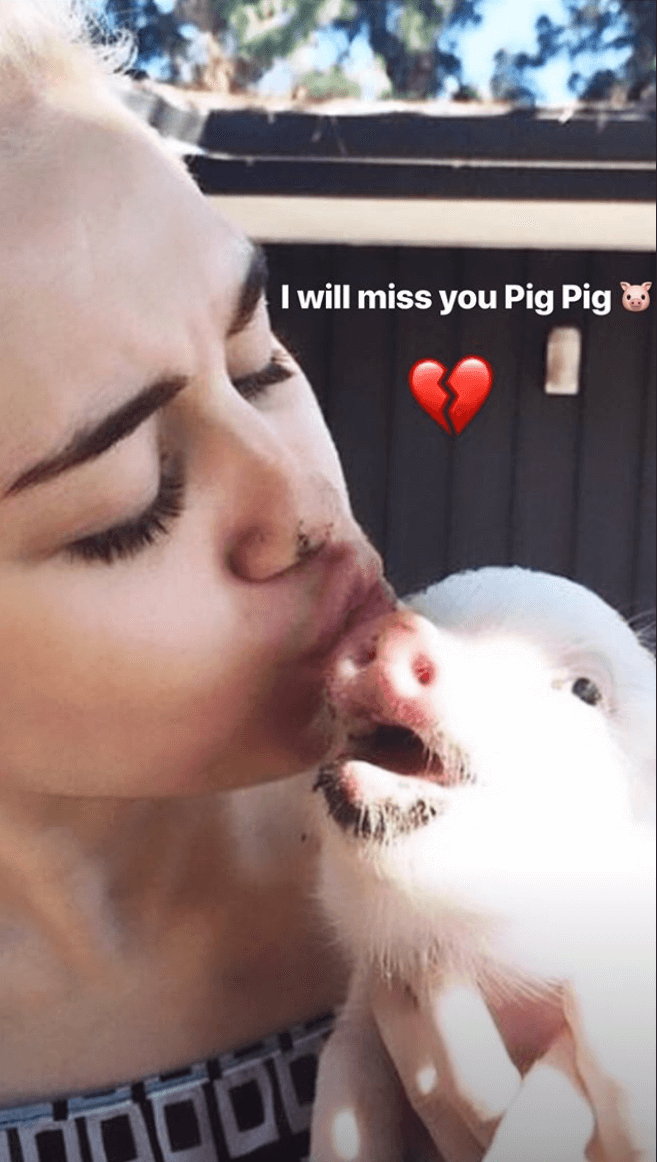 Pig Pig lived in Cyrus’ house until the pig became too “huge.” Pig Pig was then moved to a large outdoor enclosure, partly to keep her more comfortable and partly because Cyrus’ dogs were “getting a little terrified” of the animal.

Last year, Cyrus had sixteen animals living with her including multiple rescue dogs, one of whom, a beagle that was rescued from lab testing.

Cyrus’ love for animals is furthered by her plant-based diet, which she adopted the same year that Pig Pig came into her life. When she stopped eating meat years ago, she commented on Instagram that people don’t need to eat “dead animals.” She added that “everything that goes into my body is alive.”

Vegan singer-songwriter Ariana Grande also has a pet pig in her life (as well as multiple rescue dogs). The pig is named Piggy Smallz and she appeared in the music video for Grande’s song “breathin.” Piggy Smallz has her own Instagram where she has nearly 600,000 followers.

Grande told fans that Piggy Smallz is her “emotional support pig.” Earlier this year, the musician threw a party to celebrate her album “thank u, next.” Piggy Smallz was in attendance alongside some vegan bacon snacks.