Perth, the capital of Western Australia, has not always been known for its vegan-friendly options. However, local restauranteurs and chefs have recently embraced the plant-based trend, and residents have noticed more vegan options on menus across this coastal city.

The demand for vegan food is rapidly increasing around the world. According to a global market study by Nellson, the international demand for plant-based products has increased by 140%. Chefs and restaurateurs in Perth have noticed this growing plant-based interest as customers have increasingly asked for vegan-friendly modifications to menu items. Instead of forcing their customers to make special requests, many owners decided to create vegan dishes to make the ordering process easier for everyone.

Sous Chef Aaron Raymond of Bivouac Canteen & Bar told The West Australian, “We feel the need to include these items on the menu so everyone has something, everyone can take something away from being here.” He added, “Vegan food doesn’t have to be gross. I know a lot of people think ‘ugh, lettuce and carrots,’ but we try to do something different here and really push the flavors.”

Raymond also noted that the restaurant’s toasted farro with pickled pistachio, cured lemon, and squash entree was one of the most popular items on the menu. 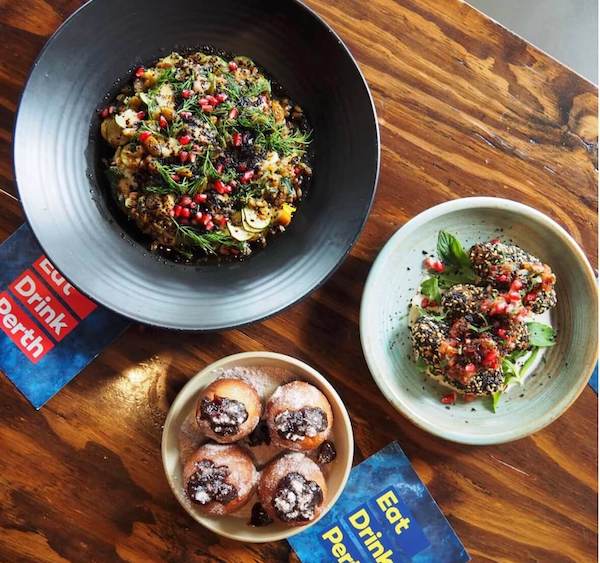 Another popular dining establishment, Dejavu Tapas Restaurant, has also fully welcomed vegan cuisine. The menu is over 70% plant-based, with dishes such as cinnamon and cayenne spiced shiitake balls and spiced crème brûlée. Owner Marc Pinto enjoys surprising his customers with the variety and flavors of his vegan options. “Our food is infused with Australian bush ingredients, like macadamia and lemon myrtle, so it’s tasteful and unique….It’s been very well-received.”

According to The West Australian, the country’s vegan market is worth $136 million, making it is the third fastest growing plant-based market in the world.