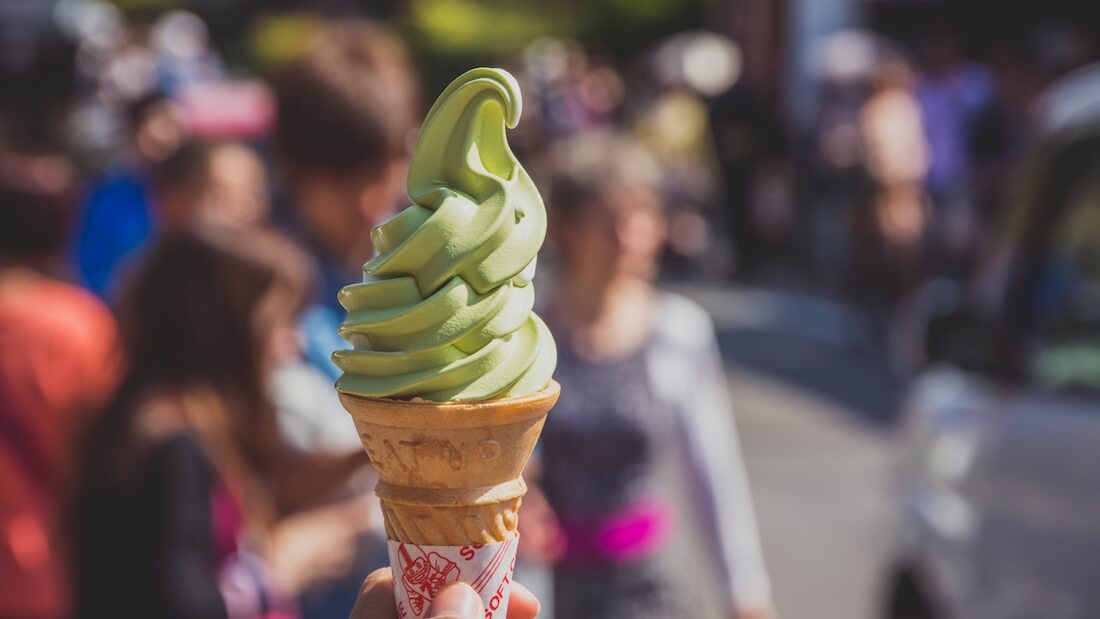 A 1970s-inspired vegan soft serve ice cream parlor, Not Your Mother (NYM), is set to open in Toronto’s Parkdale neighborhood. The area is affectionately known as “Vegandale” among locals and visitors due to the high presence of vegan businesses.

The non-dairy soft serve shop will be located inside the recently announced Vegandale Brewery and will serve as the city’s first vegan soft serve ice cream parlor. NYM will offer a creative array of over-the-top cones such as the “Apple II,” a vegan vanilla soft serve topped with flaky, dairy-free pie crumbles, apple pie sauce, caramel, and meatless bacon bits. All vegan ice creams offered can be served in a housemade Hong Kong-style bubble waffle cone or be blended into a milkshake.

The retro vegan soft serve ice cream parlor concept is the brainchild of The 5700 Inc., an online lifestyle and brand management company that is responsible for opening several vegan establishments in Parkdale, including Doomie’s Toronto, Mythology Diner, and The Imperative.

Building a Vegan ‘Mecca’ in Toronto

“Our expansion means there’s room for more vegans,” joked Eva Lampert, Director of Vegan Operations at The 5700 Inc. “We want to show Toronto how simple it is to live without the use of animals, and by providing more vegan dining options, we are making it that much easier!”

According to the website, Vegandale aims to be a “mecca for the ethically minded and hungry, with the best of vegan food, goods, and services co-existing on one city block.” The 5700 Inc. hopes to more than double in size by the end of 2018. Two additional vegan businesses – Vegandale Bracitorium and Prohibition Pie – have promised to open later this year.

NYM is set to open on August 3, along with Vegandale Brewery and  Copenhagen Cafe, a vegan bakery that will serve Dutch-inspired sweets. Additionally, The 5700 Inc. will host a block party from August 2 – 5 to celebrate the grand opening of the new Toronto vegan businesses, complete with Instagram wall art installations.