Serial entrepreneur and former “Real Housewives of New York City” star Bethenny Frankel, is taking her love for vegan food global. The 47-year-old author and founder of Skinnygirl Cocktails has been showing off her vegan eats all across the globe — from New Zealand to Las Vegas and Los Angeles, all via her Instagram stories.

While not a full-on vegan, at least not publically, Frankel could’ve fooled her followers recently with drool-worthy pics of vegan nachos in New Zealand and raw vegan desserts the star called “unreal.”

“These are all raw desserts, and I was hesitant to try them,” Frankel said in a video post featuring a plate of desserts. “They’re made with soaked nuts, et cetera. It’s unreal. These the best raw desserts I’ve ever had in my life, ever.” 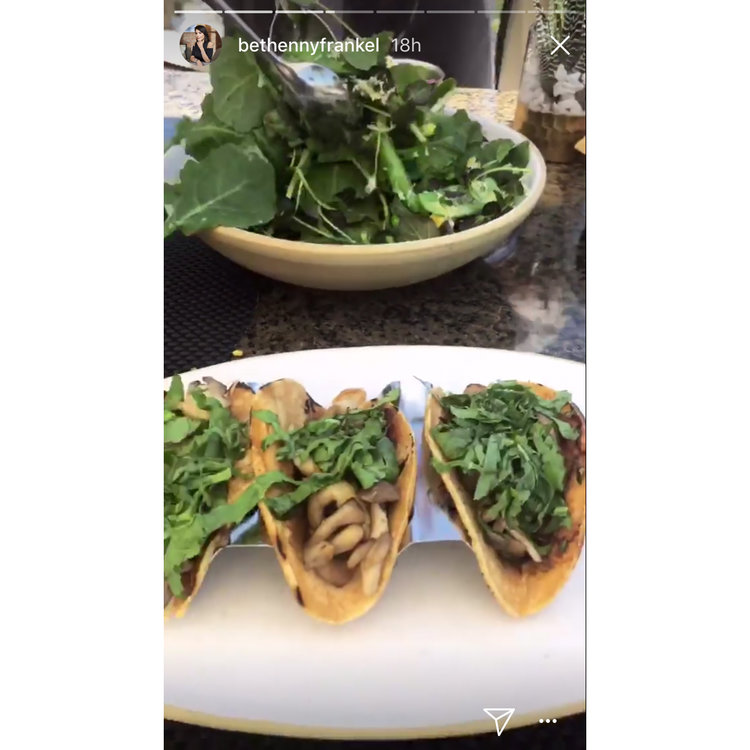 She also paid a visit to the popular Beverly Hills Rooftop by JG in Los Angeles, which is headed up by famed French chef Jean-Georges Vongerichten. The chef recently announced his menu was pivoting from traditional meat- and dairy-heavy French cuisine and expanding in a more plant-based direction to suit the health-conscious southern California market, “it takes two years to grow a steak and just two weeks to grow a radish,” the chef said earlier this year. Frankel tried a plate of sauteed mushroom tacos with kale and mole sauce and the watercress and baby kale salad with avocado, spring peas, and green chili-mint dressing.

Frankel joins a growing number of celebrities making the switch to a vegan or plant-based diet. Beyoncé recently went vegan for the 44 days leading up to her Coachella performance last month, sharing with her 112 million fans pics of her food and inviting her followers to join her on the journey. Drake told the gaming site Twitch that he “no longer eats meat,” and actress Kate Winslet announced in a recent interview that her home is plant-based as she’s a vegetarian and her husband recently turned vegan.