Bollywood actor Richa Chadha is hoping that wearing a lettuce dress will turn her fans vegan.

Chadha — who rose to fame in 2008’s “Oye Lucky! Lucky Oye” — recently posted an old image of herself to Instagram wearing a dress made entirely of lettuce leaves for World Food Safety Day.

She captioned the post with a quote from American nutritionist and author Ellie Krieger which read, “in my food world there is no fear or guilt, only joy [and] balance.” The hashtags included, “#vegan,” “#veganlife,” “#loveanimals,” and “#bethechange.”

Chadha originally wore the dress for a campaign by PETA (People for the Ethical Treatment of Animals), an international organization that aims to encourage people to live a cruelty-free, vegan lifestyle. 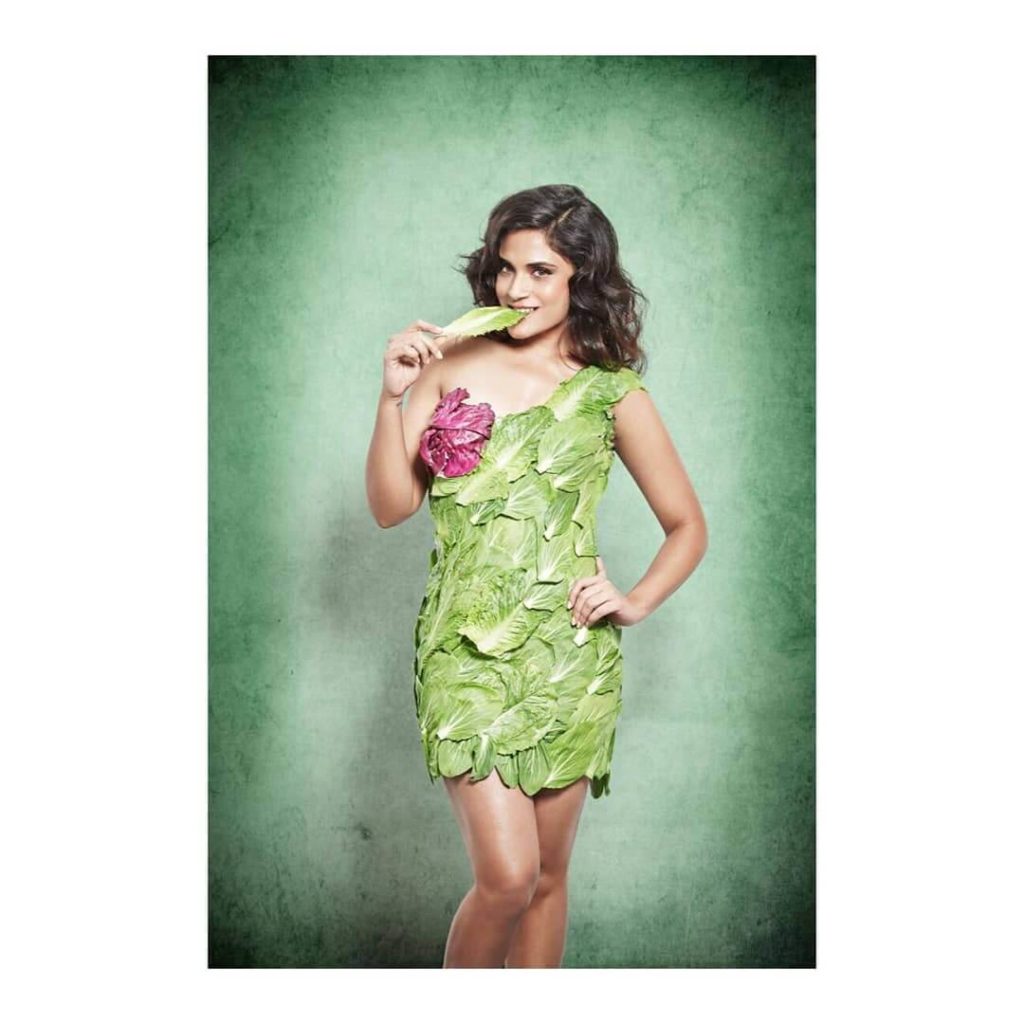 Speaking Up For the Animals

Chadha has been fully vegan since 2014, but grew up in a non-carnivorous household, according to an op-ed she wrote for the Indian Express titled “Need reasons to turn vegan? Richa Chadda tells you why.”

In the piece, she explains the health and environmental reasons why people should consider giving up meat, dairy, and eggs, but highlights that for her, it’s primarily about the animals.

She also dismantles that infamous “but lions eat meat” argument. “Tigers/lions are on top of the food chain in the wild, but they hunt to eat and survive,” she explains. “They don’t have the option of a cous-cous salad or palak-tofu.”

“If you really believe that man is on top of the food chain, you must also know that humankind is driving its own species and the planet dangerously close to extinction,” she continues.

The star has worked with PETA on multiple occasions; last year, she became the face of the organization’s Save the Elephants campaign. The predominant aim of the project was to stop elephants being hit by trains in heavily forested areas.

Chadha and PETA campaigned for better training for train drivers and more signs around elephant crossing areas; Chadha even wrote a letter to the Odisha Chief Minister to ask for his support. She said in a statement, “little things will change the fatalities. I hope these changes help the larger cause because elephants are the best and don’t deserve something so tragic happening to them.”