LIVEKINDLY
Home Business Richard Branson Wants to Change the Way You Think About and Eat... 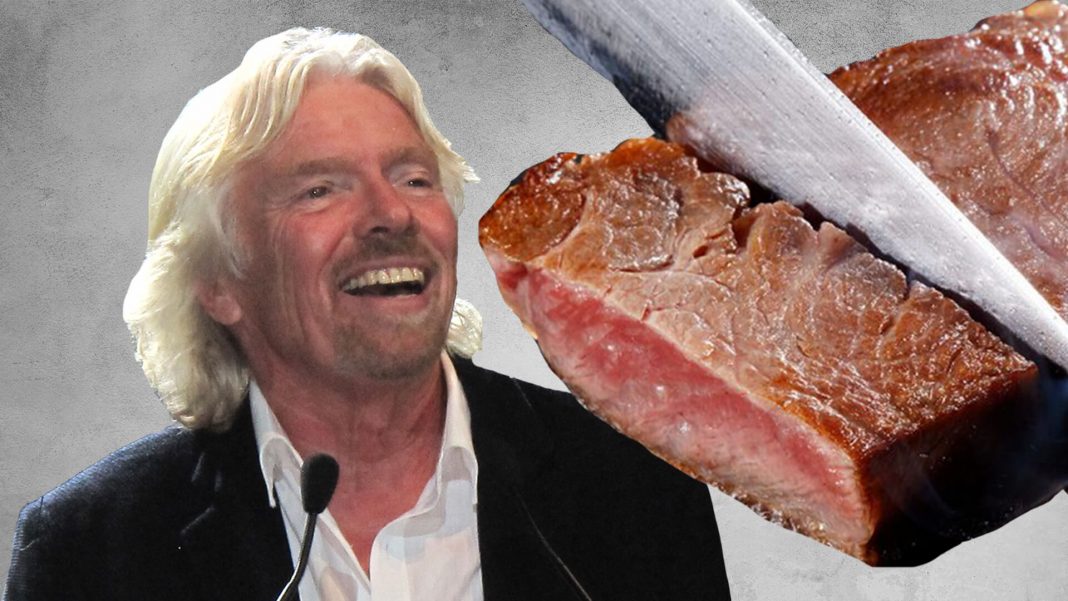 Richard Branson’s Virgin website wants you to think about the future of meat.

In a recent interview on the site, Virgin catches up with Bay Area food tech brand Memphis Meats. The company is one of a growing number of brands developing meat from cellular cultures, eliminating the need for whole animals and their eventual slaughter.

Branson was an early investor in Memphis Meats alongside Bill Gates and multinational meat companies including Tyson Foods and Cargill. The company says it expects to have a product on the market within the next several years.

“All meat we eat today, from a ribeye steak to ground turkey, has a common fundamental unit: cells. They are the building blocks for meat as well as the starting point of our production. What we’re doing here at Memphis Meats is making meat through a method what we call ‘essential nutrition’ and it’s inspired by nature’s basic principles of producing meat: start with one cell, give it the right nutrients and simply allow it to grow and multiply,” Maria Macedo, director of Memphis Meats brand and creative, told Virgin.

While often lumped in with genetically modified organisms a la “frankenfood” conspiracy theories, lab-grown meat is produced by a fairly organic process, much like brewing beer or making yogurt.

The final (and best) step of our production process: once the meat is ready to go, we simply harvest it from the cultivator and cook up any meal our heart desires. Bon appetit!

“We start by identifying and selecting high quality livestock cells that can self-renew and grow to become pure meat. We then give them the best and purest micronutrients – food from sugars, amino acids and other familiar sources – so they can grow and develop into meat,” says Macedo.

Memphis Meats is just one of several companies working toward the development of clean meat. California-based food tech company JUST, known for its egg-less mayo, offered a taste-test of the world’s first lab-grown chicken nugget last January. A partnership with a Japanese beef producer will see to the launch of “clean” Wagyu beef. JUST CEO Josh Tetrick has pressed the US government about the importance of establishing clean meat regulations.

“Our cells follow their natural processes and form muscle, fat and connective tissue, just like any other meat would and they do so in a vessel called a ‘cultivator.’ Cultivators provide a clean, controlled environment that is perfect for the cells, where they get the space and structure they need to grow until they’re ready to be harvested. And the final step is the harvest: once meat is ready, we simply harvest it from the cultivator, cook it, and enjoy it,” Macedo continues.

Branson has been outspoken about what he thinks the future of food will look like. Along with his numerous investments into vegan and clean food startups, he’s made predictions about the food system at large:

“I believe that in 30 years or so we will no longer need to kill any animals and that all meat will either be clean or plant-based, taste the same and also be much healthier for everyone,” he said in a post on the Virgin site in 2017 after the Memphis Meats investment.

“I know that giving up beef (or other meats) isn’t the path for everyone, so I have remained supportive of the search to find a sustainable way to feed the world’s population without continued negative impact upon the environment,” he wrote.

“The clean meat food system is safe, good for the planet and animals, and satisfying to consumers. At scale Memphis Meats expect to have a much better calorie conversion; use a lot less water and land; produce less greenhouse gases, and be less expensive than conventional meat production. And it’s a huge step forward for animal welfare.”