Actor and comedian Ricky Gervais has stated he is donating $20,000 to animal protection organisation The Humane Society. This is one of the many contributions he has made toward similar causes (he also recently donated £100,000 to RSPCA).

Gervais has been rumoured to be vegetarian and has even been celebrated as PETA’s person of the year in 2013. He has 12.8 million followers on Twitter and frequently uses the platform to speak out about animal rights issues. So why is he not vegan?

Why It’s Time for Ricky Gervais to Make the Change 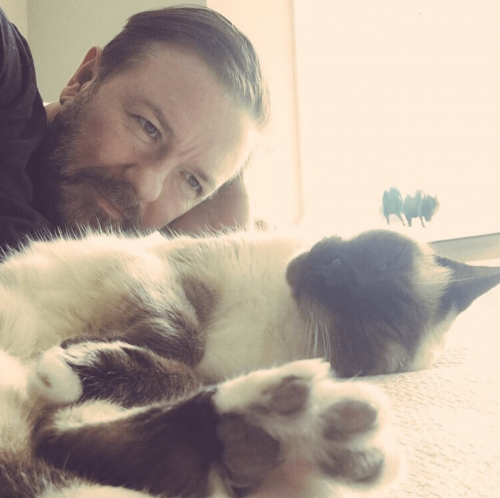 In the last month alone he spoke about the fur industry, the United Against Puppy Farming campaign in London, wildlife-protectors Move The World UK and Wet Nose Day, which supports animal rescue centres. Gervais has shared his anger toward bull fighting and wearing fur.

He Cares About the Environment 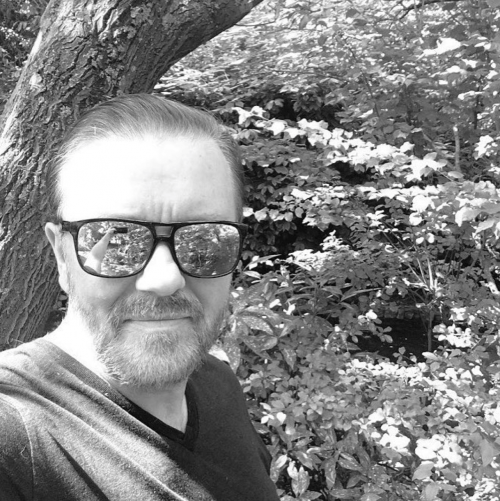 Gervais has supported environmental organisations such as Cool Earth, which works to make changes regarding global warming. Animal agriculture has one of the greatest impacts on global warming worldwide. Dairy consumption has also been linked to the destroying of rainforests.

Researchers have said that veganism is the most effective way to combat climate change. 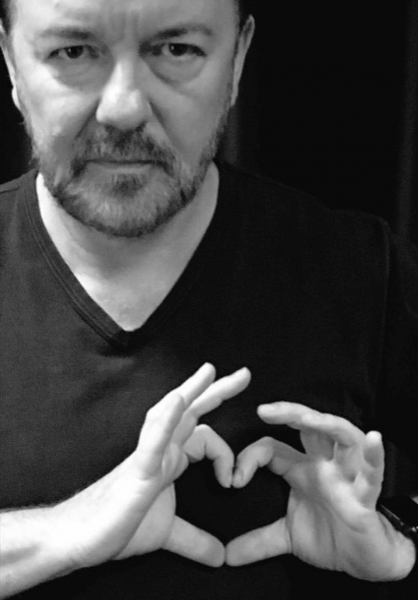 After eating a large meal of meat, Gervais reportedly realised he needed to make a change to “stay alive”. He has since addressed previous health problems and tells others “It’s never too late”.

Veganism is a solution for many to combat health issues. Dairy is linked to a multitude of health problems including bone deficiencies. Additionally, eating just one serving of processed meat a day increases the risk of diabetes by 51%. Meat is also strongly linked to obesity. 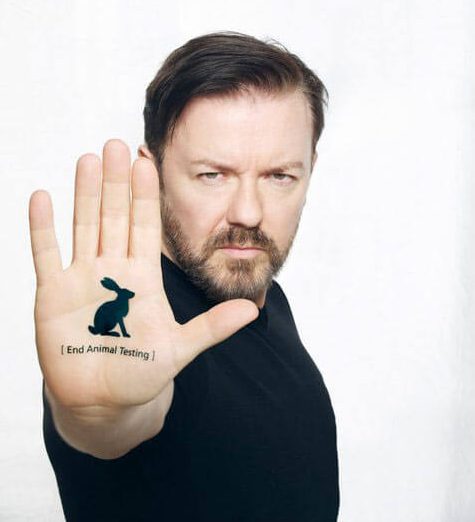 This month, Gervais was involved in writing an open letter to the Secretary of State regarding animal testing. He recently signed petitions to ban trophy hunting and another to employ an animal import ban.

Ricky, you already like vegan chicken wings, and we know you care about animal rights. So you would not want to participate in funding the dairy industry- we can even send you a vegan cheese hamper!

You said yourself, “The greatest privilege that comes with free speech is the right to use your voice for those who don’t have one!”

So, Ricky, what are you waiting for?