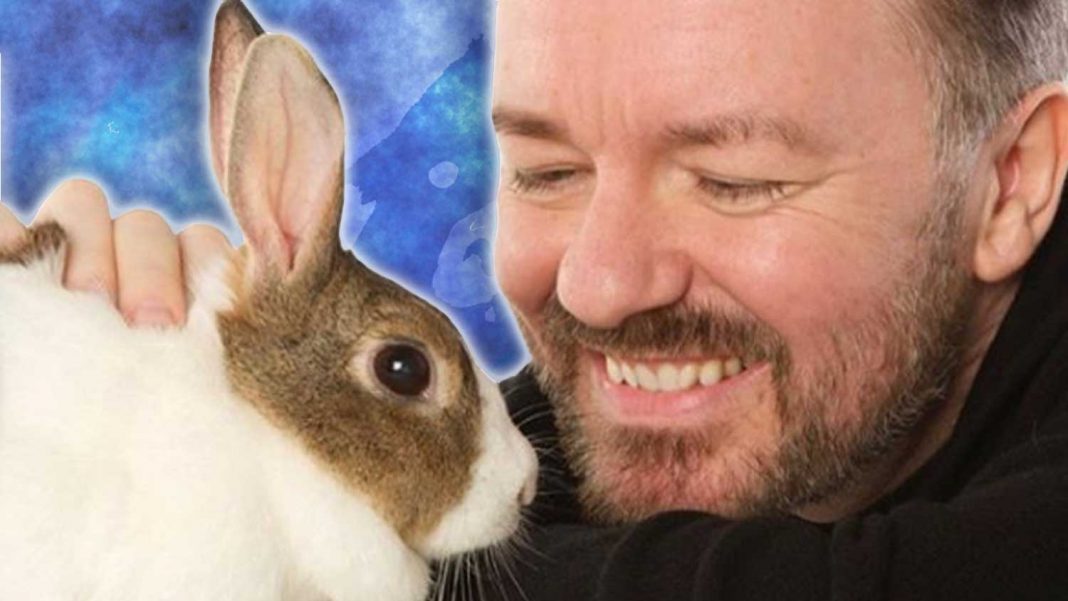 English comedian, actor, writer, and creator of new TV series “After Life,” Ricky Gervais, just broke down why animal testing is cruel and unreliable in less than one minute.

In an interview with BBC Radio 5 Live, the entertainer said, “It doesn’t work. Ninety-three percent of all experiments that work on animals then fail and are dangerous on humans, because the models don’t work. Computer models work better than animal testing.”

“It’s propaganda because people get paid. People who breed the beagles, they make £1000 or £2000 per dog, universities get kick backs from farmer companies to do research, it doesn’t work and it’s cruel,” he continued.

“You’ve got to end animal testing,” Gervais stated. “Some people think, ‘Oh yeah but what about cancer and AIDS?’ I understand that. There’s no ambiguity about shampoo and cosmetics, that’s mental. Putting stuff in rabbits’ eyes, torturing them to death.”

“Don’t get shampoo in your eyes, it stings, done,” Gervais joked, before adding that testing on animals for medicinal purposes is still “cruel and it doesn’t work.”

Most people don’t support animal experimentation, according to research that found that 72 percent of consumers believe it is “inhumane or unethical.”

The reaction to #AfterLife has been fucking insane. Best fans in the world. I wish I was a dog so I could lick your faces.

Gervais’ statements are backed up by research.

According to PETA, more than 90 percent of animal experiments carried out by the National Institutes of Health – the primary government agency responsible for funding scientific research – fail to lead to human treatments, meaning most testing on animals is “useless.”

The largest animal rights organization in the world added that more than 95 percent of pharmaceutical drugs test as safe and effective on animals but then fail in human clinical trials.

Last year, a campaign launched in the UK that asked the public to support animal-free breast cancer research. Instead of animal testing, the organization behind the campaign supports pathologists who create human breast tissue that helps them better understand the disease. “Human disease can only be examined properly using human tissue,” the organization said.

Gervais has long been a supporter of animal welfare and rights. He has urged the UK government to ban fur imports and raised awareness about the Yulin Dog Meat Festival and trophy hunting.

He’s also a vegetarian. His meat-free lifestyle made its way into his recent show “After Life,” which begins with Gervais’ character eating a vegetable curry and feeding his dog a tin of beans. Speaking to BBC Radio 5 Live, Gervais said that whilst saying goodbye to the cast and crew, he almost cried when bidding farewell to the dog that had acted as his pet for six weeks.