RISE CEO Grant Gyesky told Refinery29, ”We decided to pair our cold brew coffee with oat milk after over a year of trying virtually every existing dairy alternative.” This included almond, walnut, soy, rice, coconut, oat, and hemp milk, but after reviewing consumer feedback in regards to taste, nutrition, and consistency, oat milk was a clear winner. 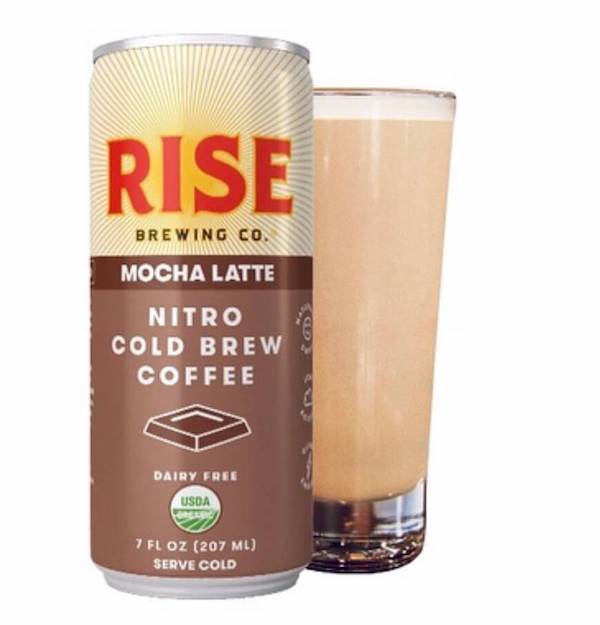 Gyesky also had a personal stake in the decision to use oat milk. He described a visit to Barcelona, where he tried his first oat milk latte. He said, “I remember walking down the street in the 100-degree heat drinking a cold brew with oat milk through a straw, thinking it was one of the best drinks I have ever had. From that moment on, I was convinced that oat milk was RISE’s future.”

Bottled and canned oat milk lattes are already available in Europe thanks to the dominant oat milk brand, Oatly, but these products have yet to travel to the U.S. However, there are a variety of chilled vegan lattes to choose from, such as the Califia Farms collection of almond milk-based cold brew beverages.

The two new vegan RISE products are available as a straight Oat Milk Latte and a Mocha Latte, the latter made with dairy-free cacao powder. Both will be available in September. For additional details and exact distribution, follow RISE on Instagram.