The Ritz-Carlton, Riyadh made headlines with its culinary program two years ago, becoming one of Saudi Arabia’s first hotels to allow women in the kitchen. Al-Maha Al Dossary, a vegan female chef, leaped at the new opportunity and is now part of the 15 woman chefs who make up the hotel’s refined culinary team.

Chef Al-Dossary began her culinary career as many often do – outside of the kitchen. She worked as a corporate banker in Riyadh but soon grew bored of the monotony and glossed-over routine. After a long day of professional drudgery, she would find happiness in her home kitchen, cooking and baking to her heart’s content. She told Arab News that she had an epiphany while cooking one night, and made an impulsive decision to go to culinary school.

Three years later, Chef Al-Dossary graduated from Le Cordon Bleu in London. Immediately upon returning home, she applied to the Ritz-Carlton and was accepted onto the culinary team. She is also a participant of the hotel’s Voyager program, which trains chefs to become managers. She said her goal is to open a chain of vegan restaurants in the years to come. 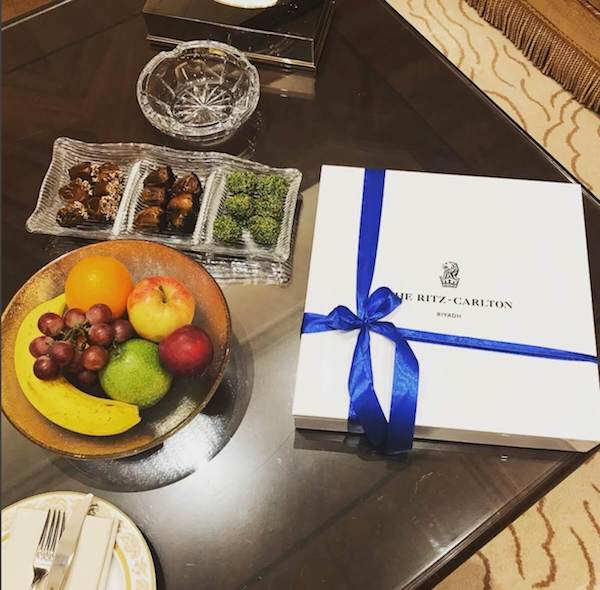 Hotel Manager, Mohammed Marghalani, expressed that Chef Al-Dossary’s talents are well-founded. When asked about the Ritz-Carlton’s female hiring initiative, he stated, “We haven’t recruited them simply because they are women but because they are competent and excel in what they do, and that has always been our vision: To have a dedicated team of professionals that work together.”

It is evident by Marghalani’s statement and Chef Al-Dossary’s passion and work ethic that she is well on her way to achieving her goal of opening her own plant-based space.

Veganism is gradually becoming more normalized in Saudi Arabia with the support of Saudi Prince Khaled Alwaleed. He has long been public about his plant-based diet and has supported several projects which promote the vegan movement. He invested in Plant Cafe, a chic vegan restaurant in Bahrain, and most recently, launched a vegan restaurant hospitality group with celebrity vegan chef, Matthew Kenney. Kenney has already built a global vegan empire of restaurants, cooking schools, and cookbooks; the new partnership is bound to both advance and enhance plant-based cuisine worldwide, further “crafting the future of food.”