British musician Robbie Williams has just reigned in his 44th year of life in true vegan style. The singer-songwriter, who is currently touring across New Zealand celebrated with a vegan cake and a phone call to his family. Like a classic ‘Kiwi bloke’, his evening also consisted of sports video gaming.

Last year Williams faced a health scare that made him unable to perform a number of scheduled shows, hence he is now committed to nourishing his body with a healthy vegan diet. Robbie Williams announced in October last year his decision to eat plant-based foods for his health and physical wellbeing. Vlogging an apology to his fans who were expecting a concert from him, Williams explained he is trying to prevent another health-related problem from stopping his tour again: “[n]ow I am vegan, I do pilates every day, I do yoga every day.” 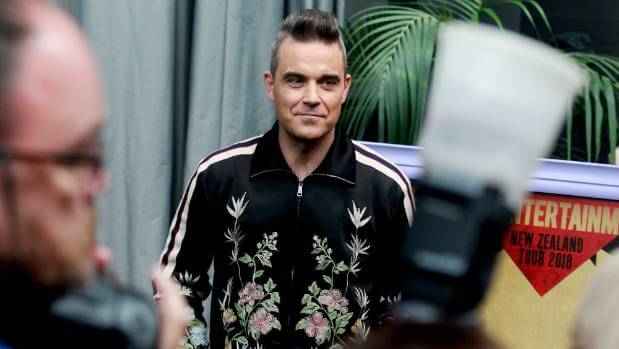 The star told New Zealand media outlet Stuff “[i]’m 44, and it’s time to look after myself a bit better. I love my job and I want to be able to do it for a long time. I have something in me that wants to f… everything up, and obliterate myself. It’s something inside and I’m working on it on a day-to-day basis. And I can either feed that wolf, or not feed that wolf. I’m choosing to not feed that wolf right now because I like life. It’s good.”

The month after he went vegan, Williams posted a photo to Facebook sharing his toned and healthy physique. Captioning his enviable snap with “This vegan diet has got its perks,” followed by a flexed bicep emoji, Williams isn’t shy about showing fans the literal benefits of eating kindly.