Renee King-Sonnen is the founder of the Texas-based non-profit Rowdy Girl Sanctuary, formerly known as Sonnen Ranch. She’s also a force to be reckoned with—just ask her husband, Tommy. Not only did Renee help convert him—a multi-generational cattle rancher—to veganism, but she also convinced him to turn his ranch into a sanctuary for rescued farm animals. Together, the vegan duo is now helping other animal farmers convert their farms to plant-based crops.

Renee founded Rowdy Girl Sanctuary in 2015. She tells LIVEKINDLY it’s the first documented beef cattle ranch conversion in the U.S. “Our story started the conversation for farm transition,” she explains.

After marrying her husband, Renee moved to the 96-acre ranch in 2009. She subsequently fell in love with the animals. However, she says watching the animals being sent to the sale barn “haunted” her.

“I began to have feelings for the animals that I eat,” she says. “I saw babies being born. And I saw families being ripped apart when my husband would send them to the sale barn. The mamas cried for days. And this went on for years until it broke me.”

“I always considered myself a compassionate person that believed in non-violence,” she continues. “But it wasn’t until I was met face to face with animals that I ate, that I actually saw them as somebodies.” 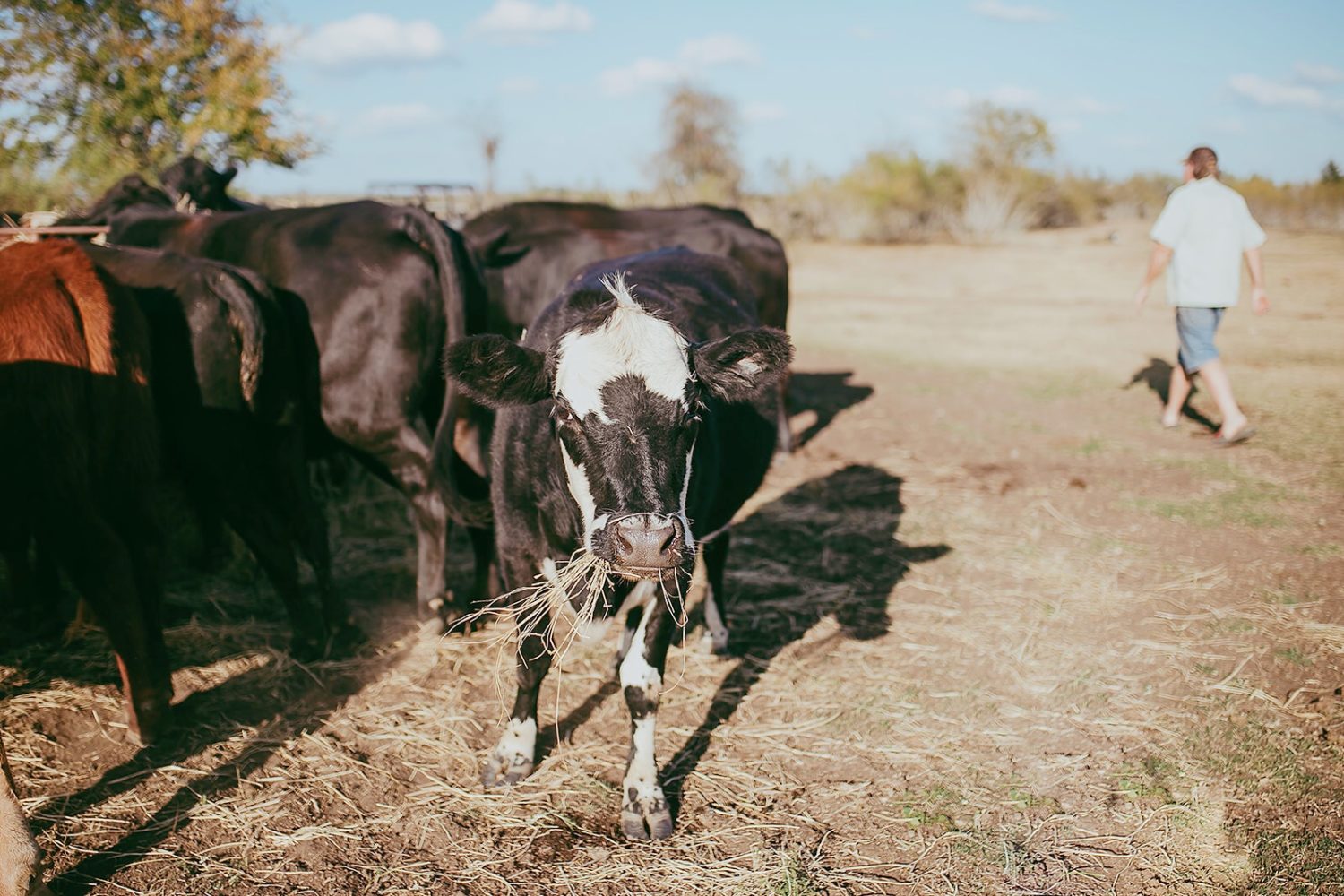 Renee says she went vegan in 2014—all thanks to a 2-month-old calf named Rowdy Girl.

She then began to educate herself about veganism and how to be an advocate for animals. After starting a Facebook page called “Vegan Journal of a Rancher’s Wife,” she says she finally confronted her husband.

“One day he was getting ready to send a bunch of animals to market. And I was vegan. And he was trying to hide it from me, but I knew what was going on. He couldn’t hide it. So I marched out there in the middle of this acreage and all these cows and Tommy and a trailer,” she describes. “I had my hands on my hip, and I said: ‘You send those animals to the sell barn one more time, I will follow you. I will buy them all back with your credit card. And I’ll bring them all back home.’”

Renee and Tommy eventually agreed to her buying all of the animals herself. So, in January of 2015, she started an Indiegogo campaign. And in May, after holding a fundraiser to garner the remaining funds—about $8,000—she raised $36,000 and was able to buy her husband’s 29 cows.

“We raised plenty. We raised the money we needed so I could buy the cows. And that’s the day Tommy went vegan,” she explains.

With a desire to help more farmers transition away from animal agriculture, Renee founded the support system Rancher Advocacy Program (RAP) in 2018. Since then, she’s been working to help ranchers embrace plant-based crops instead.

Texas ranchers Cindy and Richard Traylor are the latest couple to make the switch. And with the help of RAP and Renee, the Traylor farm is now free of animal agriculture for the first time in 100 years.

Renee explains that Cindy reached out to RAP after becoming attached to a cow. “She called me crying about a cow named Honey that her husband was determined he was gonna send to slaughter,” Renee says. “Honey was 10 years old and was no longer useful because she couldn’t be bred anymore.”

Renee continues: “She just pleaded with me to help her. Cindy’s a psychotherapist. She’s a licensed counselor. She listens to everybody’s problems all day long. I just sat there and I listened to her. And she cried. I remember that moment like it was yesterday.”

Although Rowdy Girl Sanctuary was full, Renee was able to get Honey placed in a new home at Starlove Ranch, a former cattle ranch that RAP helped to convert nearly two years ago.

But Honey wasn’t alone. After realizing Honey had a daughter, Renee was able to convince Richard to give her up, too. “And so Honey and Ginger both were loaded up. And they both went to live out their lives at the ranch,” Renee says.

“Right now, Richard and I are going through a grief process ourselves, not having any cows on our property,” Cindy tells LIVEKINDLY. “We look out at our pasture and there are no cows. So it’s really bittersweet. But we’re elated that they’re doing great. And we’ll be visiting them throughout their lives.”

Renee says her ability to connect with ranchers has aided in RAP’s success. “I go into the back door of their consciousness. And I have conversations with them that they have never been able to have out loud with anyone because it’s taboo. It’s taboo to talk about your feelings for animals that you eat if you’re a cattle rancher. If you’re sending animals to slaughter, you can’t have feelings for them. Even though you do, you can’t say it out loud,” she explains.

She continues: “And so I began to open up Pandora’s box and have these conversations. That’s the effectiveness of our program. It’s getting ranchers to talk about things that they never, ever would talk about before.” 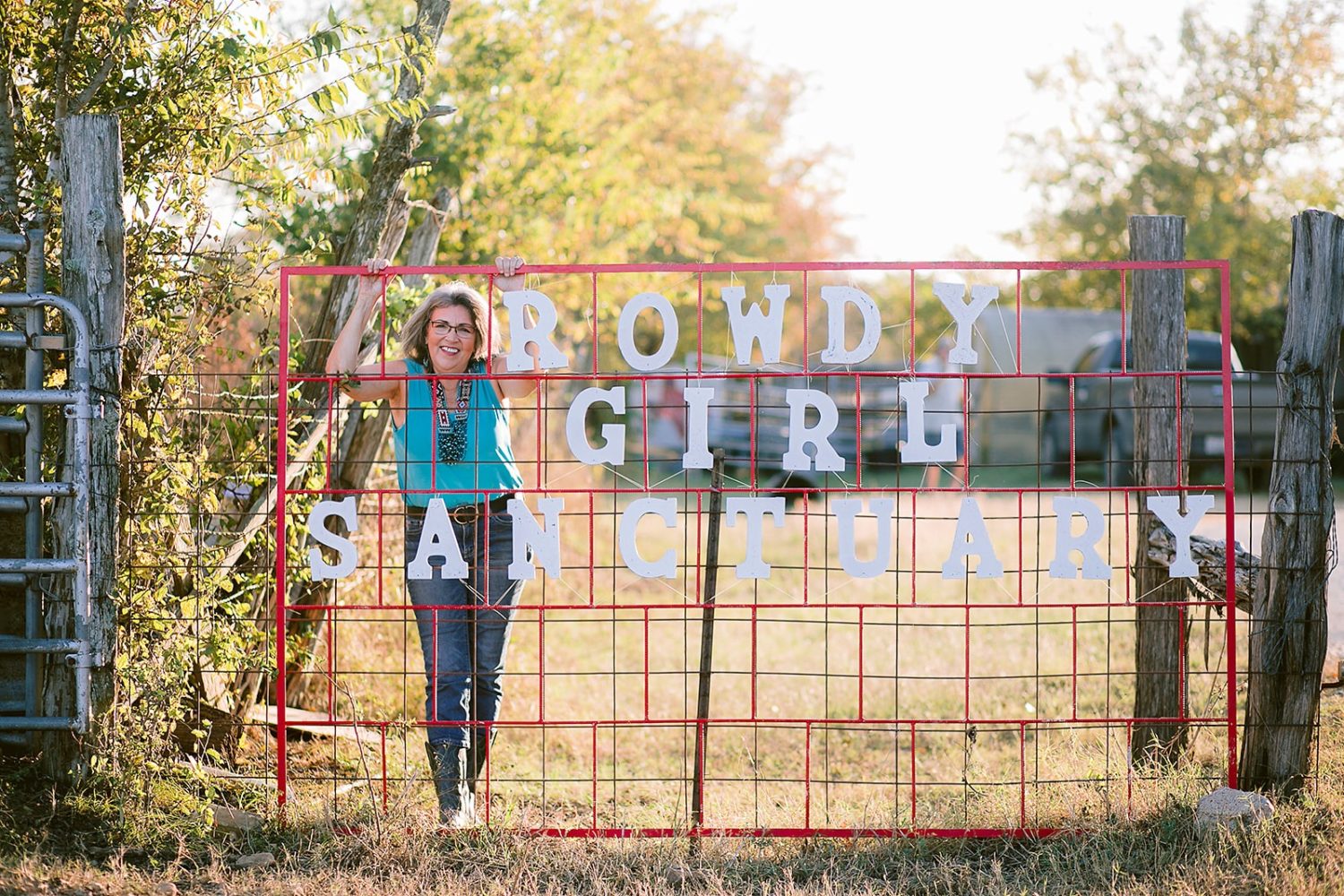 In lieu of animal agriculture, RAP works to help farmers embrace plant-based crops. Cindy says she and her husband plan to build a greenhouse to grow micronutrient-rich foods like broccoli and radishes.

“I just hope that other ranchers, whether they be small or larger, contact somebody like Rowdy Girl or another sanctuary that understands all the ins and outs of transitioning,” Cindy says. “There are lots of resources out there. And people really want to help others transition over to plant-based rather than animals.”

But in order for farms to convert on a larger scale, Renee says the government must get involved.

“We must get lobbyists in Congress legislating on our behalf. All these animal-ag subsidies are in the billions of dollars to help farmers and ranchers whenever there are floods, whenever there’s fires, whatever,” she explains. “All these farmers and ranchers are always getting bailed out. They need some incentive to get out of animal agriculture — if not for the ethics, for the environment.”

Renee wants to help farmers transition to plant-based agriculture not just in the U.S., but around the world. In November, RAP held its first summit, which was attended by more than 500 people from 18 different countries.

The virtual event brought together food and agriculture experts, business leaders, scientists, farmers, ranchers, activists, and technologists to discuss solutions on how to convert land to sustainable, non-animal agriculture.

“Whether somebody’s transitioning in Spain, in the U.K., California, or Florida—wherever they’re at—we just want to be able to have the resources people need that they can tap into,” Renee explains.

The next RAP summit will be held online on Saturday, February 6. To learn more about RAP or to register for the summit, click here.