The three soy-based products are based on a new recipe that gives them a more “meat-like” taste.

“We are trying to make our new meat-free products vegan from the beginning,” Godo Röben, CMO of Rügenwalder Mühle, said in a statement. “And we are working intensively to adapt the existing products from our veggie range to make them vegan.”

He added: “The reason for this is changed consumer preferences; even vegetarians and more and more flexitarians are opting for vegan variants rather than vegetarian ones when they are presented next to each other on the shelf. This may be for animal protection and environmental reasons or due to ethical concerns.” 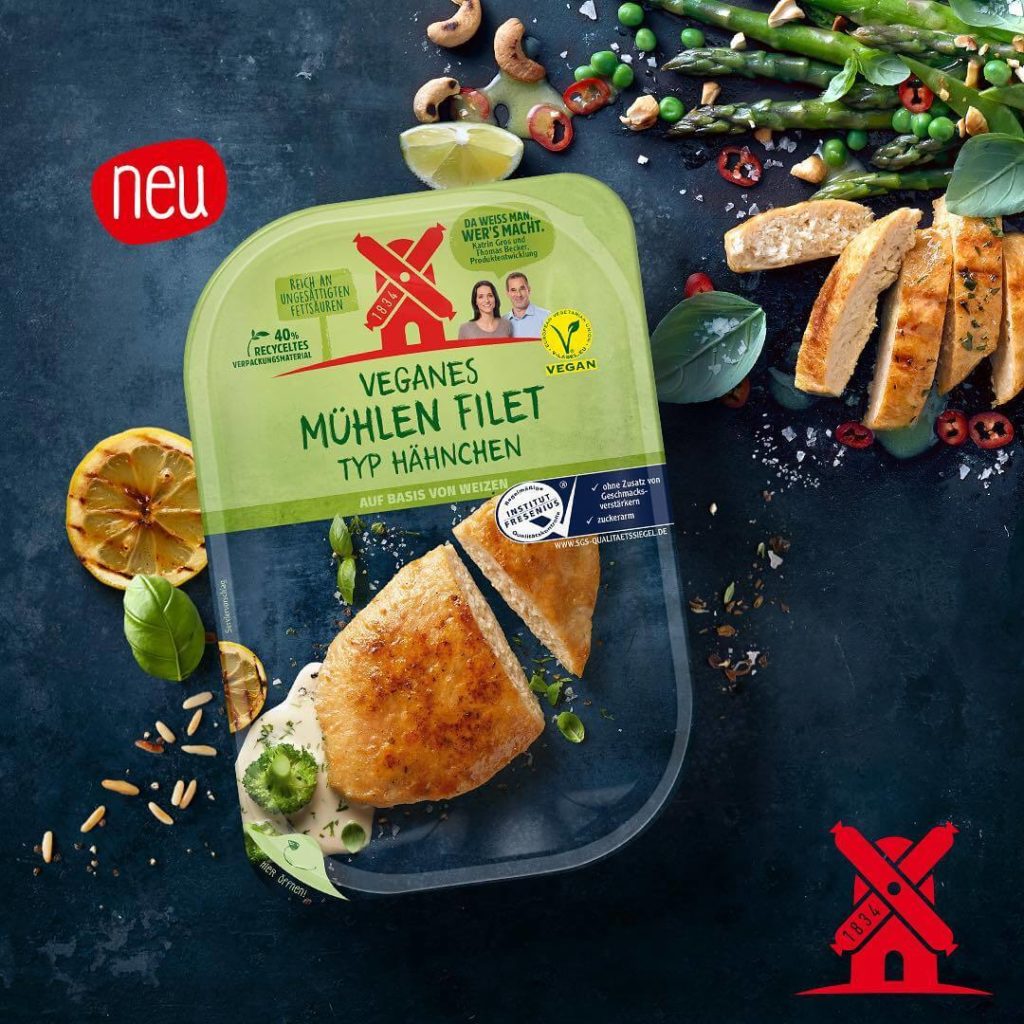 The vegan meat options in Germany are growing.

In January, German supermarket Netto Marken-Discount expanded its meatless range with “Vegetar!a,” an exclusive brand the chain made available nationwide.

After a successful trial run last August, Netto rolled out Beyond Meat Burger to 770 stores across Germany.

In 2018, research from Mintel found Germany had “the highest percentage of global vegan food and drink launches.”

The country accounted for 15 percent of all new global vegan product introductions between July 2017 and June 2018.

The UK placed second at 14 percent, while the US came in third at 12 percent. Brazil tied for last place with Australia, Italy, Canada, and Austria at three percent.

“In recent years, consumers around the world have increased their intake of plant-based foods and Germany is no exception. Our research shows that stricter plant-based diets like veganism are still niche, while a much higher percentage of consumers are embracing ‘flexitarianism’,” said Katya Witham, Global Food & Drink Analyst at Mintel.

She added, “the rapid growth of vegan products in Germany also reflects the rise of ethical consumerism, especially among younger consumers.”