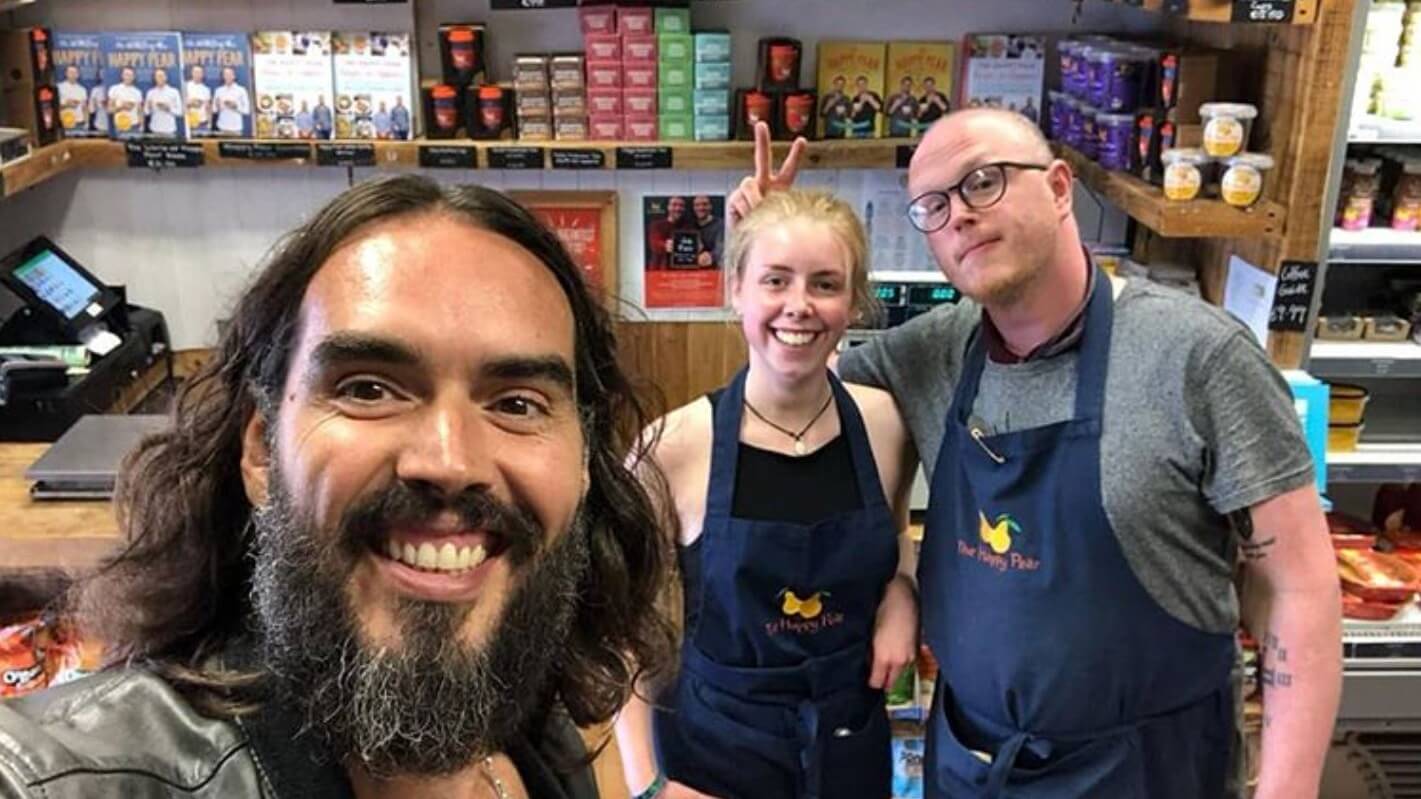 Vegetarian comedian, actor, and author Russell Brand recently visited The Happy Pear restaurant in Greystones, Ireland. The celebrity took to Instagram to give his green light for the eatery.

He called it “A culinary utopia full of beautiful people.”

The Happy Pear responded in kind to Brand’s feedback. “[Russell] you legend! Thanks so much for visiting! Keep up the fab work and being you! Hopefully see you again sometime.”

Brand has followed a strictly vegetarian diet since the age of 14. In 2014, he flirted with veganism after watching the vegan health documentary “Forks Over Knives” with his former wife, Katy Perry.

Earlier this year, Brand toured the UK and Ireland with his original stand-up comedy show, “Re:Birth.” For his performance at Swansea’s Grand Theatre, the generous celebrity purchased 1,014 vegan cookies from the local Hare Krishna eatery, Govinda’s Vegetarian and Vegan Cafe. Brand is reportedly partial to the faith’s belief ethos as it is centered on spirituality, of which he regularly talks about online. The eatery also catered for Brand and his team, with meals such as a seitan burger.

Further, Brand recently spoke about how his commitment to being kind to animals by leaving meat off the plate stayed strong even throughout his darkest moments. The former drug addict shared an Instagram post revealing that while he was addicted to heroin, his vegetarian diet was upheld.

“Even as a junkie I stayed true to vegetarianism. ‘I shall have heroin but I shan’t have a hamburger,’” he wrote, dubbing his choice a “sexy little paradox.” Brand added the hashtags #veggielife #plantbased in his caption.

His choice to remain vegetarian even while thoroughly abusing his body with a drug addiction speaks to his compassion for other beings, even when the drug abuse meant he wasn’t reciprocating this empathy for himself. Brand’s journey has led him to become an avid yogi. He regularly practices and promotes the benefits of meditation as a tool in his recovery.