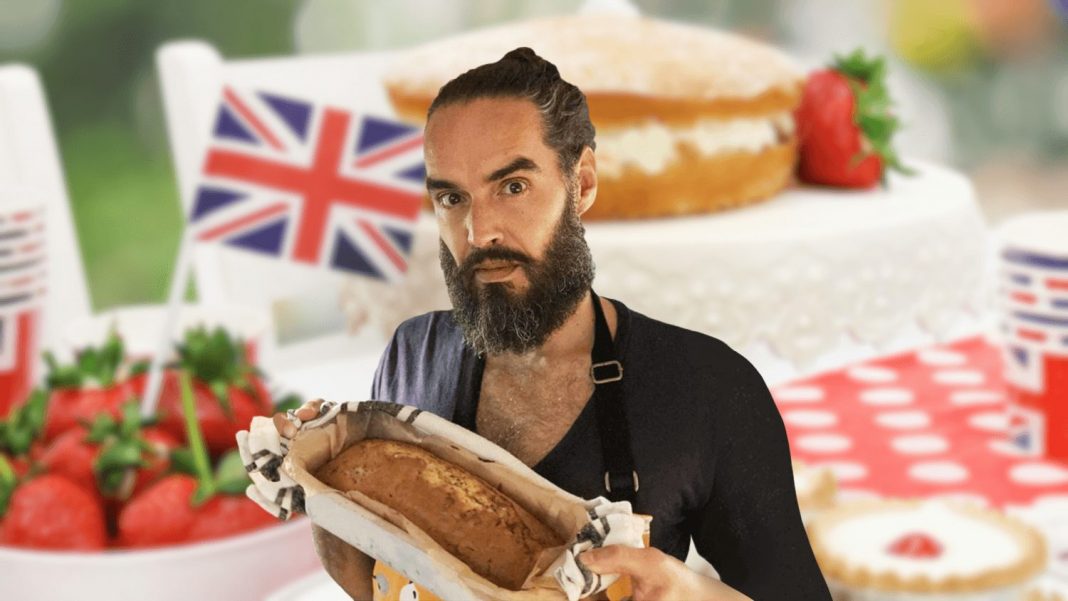 British comedian Russell Brand announced he is vegan again after catching the baking bug on a “Great British Bake-Off” special.

Brand has always been vocal about his advocacy of a vegetarian diet. But it seems his co-star Jon Richardson’s attempts at making vegan brownies and biscuits on the recently aired “The Celebrity Bake Off for Stand Up 2 Cancer” has rubbed off on him. The programme sees participants raising money to benefit the charity Stand Up 2 Cancer.

Brand later took to Instagram to announce to his 1 million followers he is “vegan now (again)” and has not stopped baking since.

I’ve been baking like a maniac ever since. And I’m vegan now (again). #standuptocancer #GBBO @britishbakeoff @standup2canceruk

Veganism is not new to the 43-year-old. In 2011, he announced via Twitter that he and his then-wife, Katy Perry, had switched to a vegan diet after watching the documentary “Forks Over Knives“. The documentary explores the health impacts of animal products, as well as how a plant-based diet can combat cardiovascular disease.

I’m now vegan, goodbye eggs, hello Ellen. RT @katyperry: Me & the Mr. just watched “Forks Over Knives”. You can get it on Netflix!

Brand has become known for promoting an ethos of kindness, which is cemented in his upcoming, “Mentors: How To Help An Be Helped“. But this doesn’t just extend to humans for the comedian, who has been a PETA (People for the Ethical Treatment of Animals) ambassador for years.

In a 2014 episode of his YouTube series “The Trews” titled “Should I Become a Vegan?”, Brand responded to a comment regarding eating meat whilst being conscious of animal welfare by pointing out the inherent hypocrisy of the statement. He said “if you’ve got any concern at all about animal welfare, you’ve got to not eat meat […]”, and asked for help from his audience on how to re-commit to a vegan diet.

Last year, during the tour of his show “Re:Birth,” the comedian made a gesture of kindness to humans and animal alike. At his Swansea show, he bought vegan cookies for the entire audience from local eatery, Govinda’s Vegetarian and Vegan Cafe.