(Updated November 9, 2019) | Is Russia the best place in the world to get vegan sausages?

Moscow-based Vego makes vegetarian and vegan sausages that wouldn’t look out of place on the meatiest of charcuterie boards.

In images posted on social media, its half-smoked sausages hang on a string just like you would see in a butcher shop. But they’re not made from pork. They’re made from wheat gluten and coconut oil.

Vegan meat is soaring in popularity around the world and arguably, aside from burgers, one of the most popular meatless products is sausages — the star of the hot dog, English breakfast, and any half-decent cookout.

Linda McCartney, Quorn, and Beyond Meat are just a few of the brands in the UK and the U.S. that provide conscious consumers with vegan sausages that look and taste just like the real deal. But could Russia have the best vegan sausages in the world?

At first glance, Vego’s site looks like an advert for a butcher shop. But if you look again, you’ll see the vegan sticker plastered over many of the mega-meaty images.

It even makes cervelat, which looks virtually indistinguishable from the real deal. Traditionally made in parts of Germany, Sweden, and France, cervelat is usually created with a combination of beef, bacon, and pork rind. Despite its authentic appearance, Vego’s version is made with wheat gluten, soy protein, and red beetroot dye.

Boiled sausage with cheese, vegetable brawn, and dietary sausage are among the other vegan meats offered by the brand. 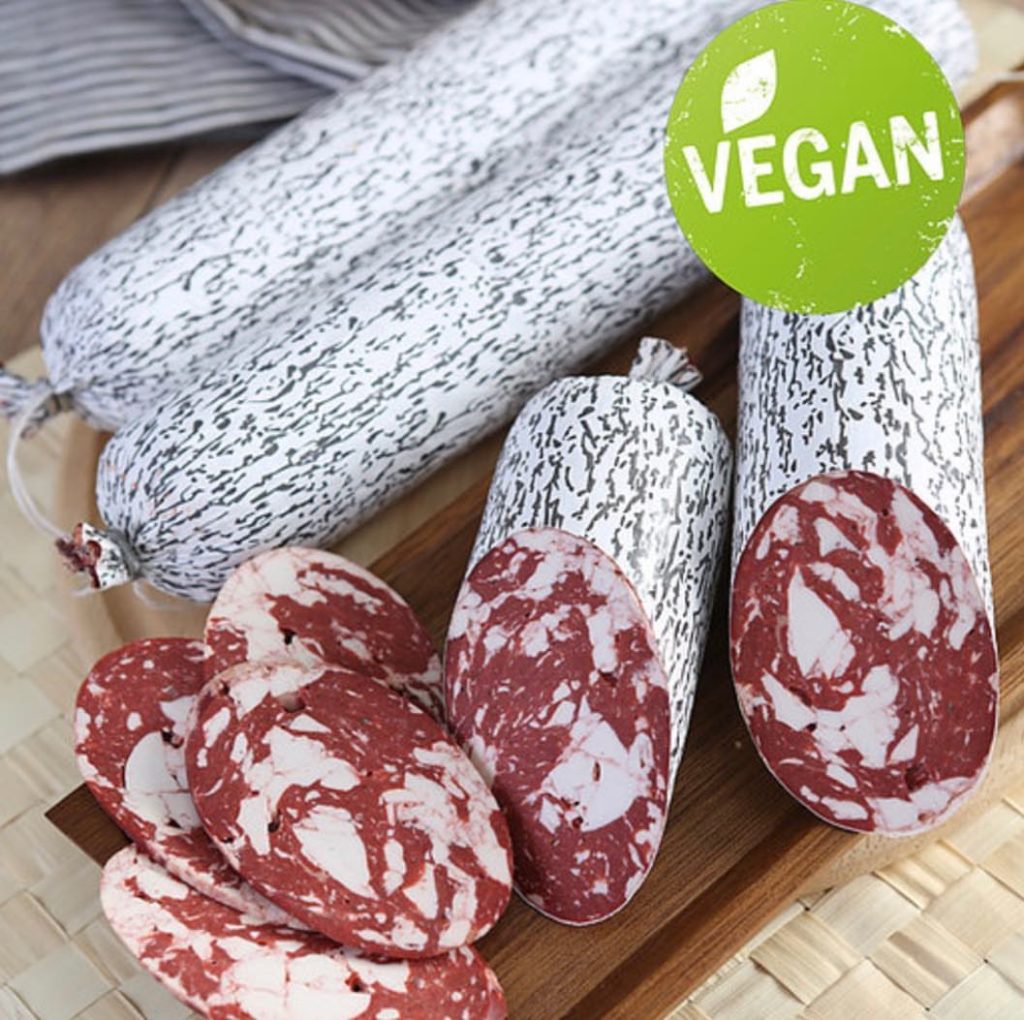 ‘The Best Vegan Sausages in the World’

One New Zealand tourist who visited Russia (and discovered Vego) posted in a Wellington Vegans Facebook group, “I’m almost feeling guilty just looking at this photo.” The accompanying image shows a plate of meat and cheese.

They continued, “we’re visiting my family in Russia and they seem to have THE BEST vegan sausages in the world here, not even joking.”

Another Facebook user commented on the post, “I recently discovered them as well, holy moly. I can’t sleep, always watching YouTube with their reviews like crazy. Got obsessed and looking for someone to bring some of the sausages, but no friends going to Russia.”

Founded in 2013, Higher Taste’s wheat protein-based sausages are popular across Moscow and the surrounding areas. According to the brand, this popularity is all to do with how the products are made. 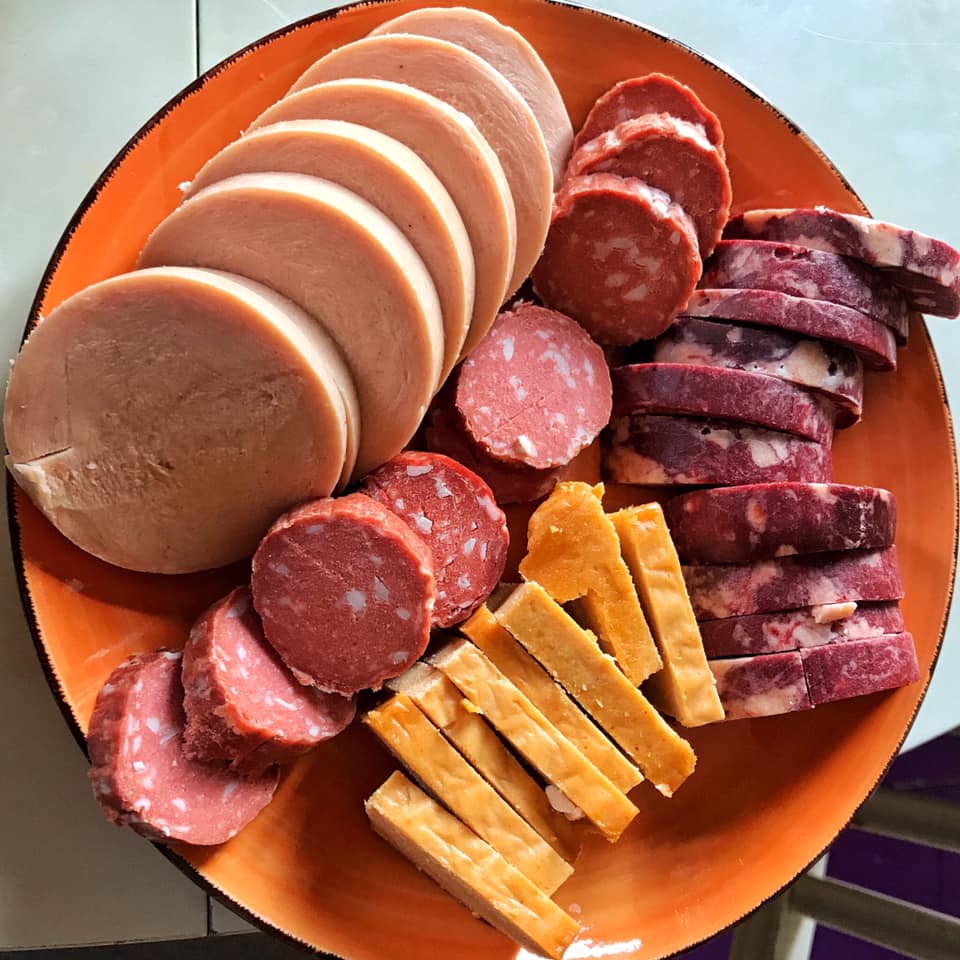 “Higher Taste Vegetarian Sausage and Vegan Sausages are made using unique authoring technology,” it notes on its website. “In the production of these products, freshly extracted wheat protein is used, which was grown on the fertile lands of the Kuban.” The Kuban is an area in Southern Russia, which surrounds the Kuban river.

It continues, “in order to make our products from this protein, it goes through a complex process of fermentation and maturation under certain time and temperature conditions.” It’s this patented process that makes Higher Taste’s vegan sausages completely different from any other in the world, it claims.

“Thanks to our proprietary production technology, we were able to achieve maximum similarity of the protein structure with meat producers,” the company adds. “Using a wide selection of natural spices, we were able to create an exquisite and recognizable taste of our products, which are in great demand among different categories of customers.”

Vego and Higher Taste aren’t alone. As Russians develop a taste for vegan meat, more brands crop up, like Greenwise. Greenwise’s products are available in stores all over Russia, from Moscow to St. Petersburg to Volgograd. It creates plant-based chicken and beef, as well as vegan lamb jerky.

Like Higher Taste, Greenwise uses technology to give its products that meaty taste and texture. “We use ecologically clean raw materials from Russia, processing it at our own factory in Kaluga region,” the brand explains on its website. “We implement green technologies that allow us to produce plant-based products with high-fibrous structure, which gives our meat alternatives chewiness and (the) texture of real meat.” 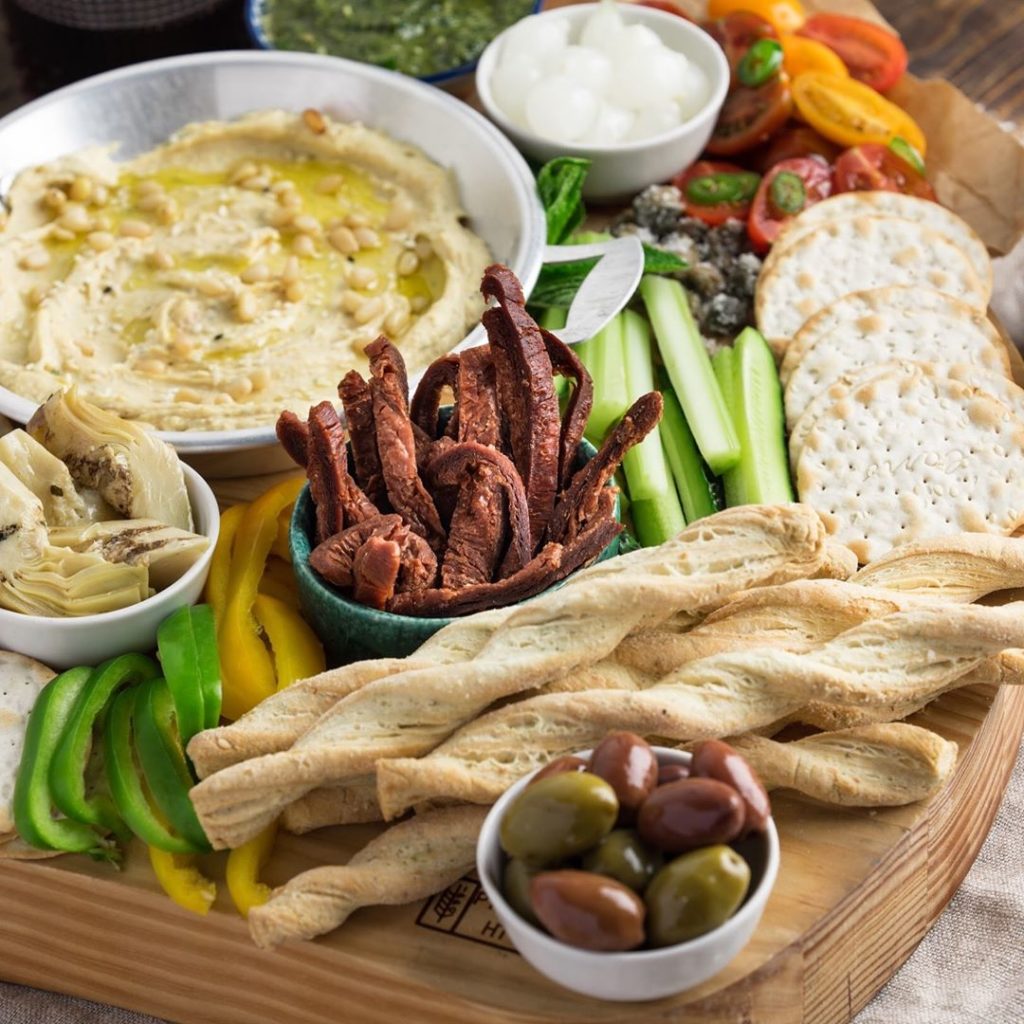 The vegan movement is growing in Russia. | Greenwise

Following an entirely plant-based diet isn’t that commonplace in Russia. According to a survey from last year, only 1 percent of the population follows a vegetarian diet. Among those aged 25 to 29, this figure is slightly higher, with 2 percent eating a meat-free diet.  Many Russians still view giving up meat as unhealthy. Following WWII, Soviet leaders promoted meat consumption as part of a healthy diet. This thinking remains prevalent across the country.

However, this doesn’t mean that vegan food isn’t regularly consumed across Russia or that attitudes are not beginning to change.

Victoria Logunova is a Moscow-based vegan blogger. She told The Nomadic Vegan last year, “Russian society is not responsive to new ideas and sometimes you feel like an alien. Most people in Russia think that veganism is something dangerous for your health.”

“As a result, usually parents don’t support their children to go vegetarian or especially vegan. And this leads to conflicts and misunderstandings,” she continued. “Sometimes it’s not easy. But hey, we are the first generations of vegans in Russia, and we can see the positive changes every day.”

The BBC reports that vegan revolutionaries are increasingly taking up space in Russia. Horizontal, a vegan takeaway based in St. Petersburg, stands against not only animal oppression, but also fascism, borders, racism, and homophobia. Every worker has an equal say in the business, which promotes veganarchism — veganism and anarchism — with plant-based food.

“That’s why we’re called Horizontal – because every person who joins our restaurant is on the same level, and has the same rights and an equal position with all of the others,” said Varya, who has been with the restaurant longest.

Visitors to Llamas, a vegan grocery store, is decorated with rainbow, anti-racist, and feminist stickers as well as pro-animal rights art. Promoting LGBT rights is a radical act in Russia. Several of the nation’s Pride parades have been shut down by “anti-propaganda” laws, which ban positive depictions of same-sex relationships in any form of media that may be consumed by children. 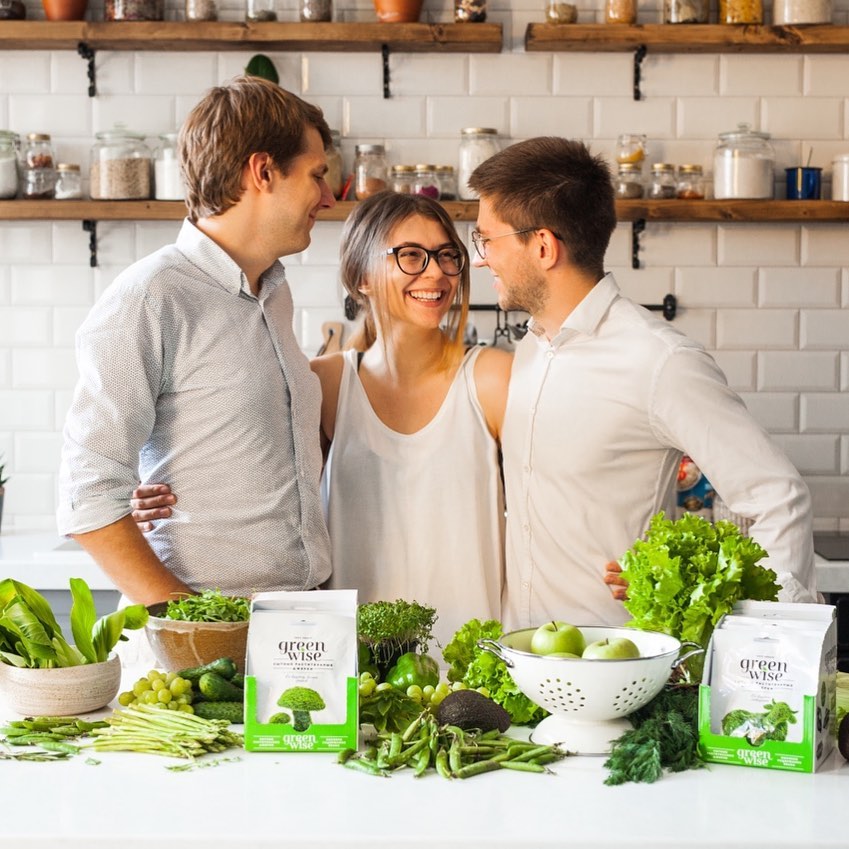 Russians are starting to see vegan food as healthy. | Greenwise

The Impact of ‘The China Study’

Although the vegan movement in Russia is still young, it is growing, says Logunova. This was largely helped by the Russian translation of “The China Study” in 2015. Written by T. Colin Campbell and his son Thomas, “The China Study” is one of the largest and most comprehensive nutrition studies ever conducted. Bill Clinton is among the book’s fans.

“These days more and more people realize that eating vegan is healthy and natural,” said Lugonova. “I can say that in the last couple of years, the number of vegetarian and vegan restaurants in Moscow has almost doubled.”

Rising environmental concerns are also changing Russian attitudes toward food. Greenwise says its customers don’t have to sacrifice taste to help the environment.

The company says the “best way” to reduce meat consumption is to give people “the opportunity” to enjoy their favorite foods — only by making them with plants.

“We can’t change people, so we just need to change the meat.”