Vegan rapper RZA has urged New York City to follow through with the proposed fur ban by writing to the City Council.

City Council speaker Corey Johnson introduced the legislation in April, a week after Linda Rosenthal introduced a similar bill in the state assembly, aiming to ban the manufacture and sale of animal fur.

The New York Post reports there has been some pushback against the bill from New York City furriers and members of the Jewish and African American communities, but RZA — a founding member of popular hip hop group Wu-Tang Clan — has urged City Council members to support it regardless.

“I am writing to ask that you support Speaker Johnson’s bill to ban fur sales in New York City. I am Brooklyn-born but have had deep ties to all five boroughs since my earliest days with Wu-Tang Clan,” reads RZA’s letter, written in collaboration with animal rights organization PETA (People for the Ethical Treatment of Animals).

The passionate vegan and activist — who once said “there’s nothing on this planet that doesn’t want to live” — maintains that many Black New York City citizens actually support the bill, despite the vocal few who have argued it is part of their culture to wear fur.

“Though it may be argued by some that fur used to show elite status in our community because of the inequality we face in society, those days are done,” he wrote. “That’s reflected in a poll that shows 77% of Black NYC voters support the bill.” 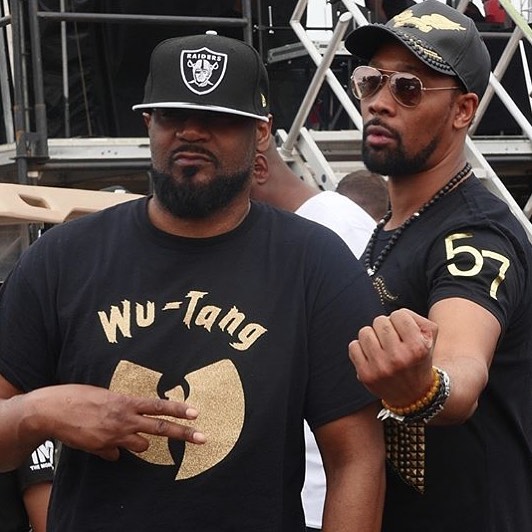 RZA is a founding member of Wu-Tang Clan | image/RZA

Celebrity Support for a Fur Ban

RZA isn’t alone in vocalizing his support for the ban. Actor Angelica Huston admits she used to see fur as a glamorous symbol of wealth, but now she sees the production of the material as cruel. She told PETA, “there is so much violence in the world beyond our control, so let’s eliminate whatever cruelty we can – especially when it’s for something as unnecessary these days as fur.”

Fashion expert and television personality Tim Gunn has also expressed support, maintaining that the fashion industry can thrive without killing animals. A number of designers have already proved it; Versace, Gucci, Michael Kors, and Prada are among the major brands that have gone fur-free in recent years.

Musician Morrissey is also on board with a ban. He recently wrote in a letter to Johnson, “It’s time to rid the racks of the stuff in order to protect all fashion victims, both human and nonhuman. Keep up the good work.”