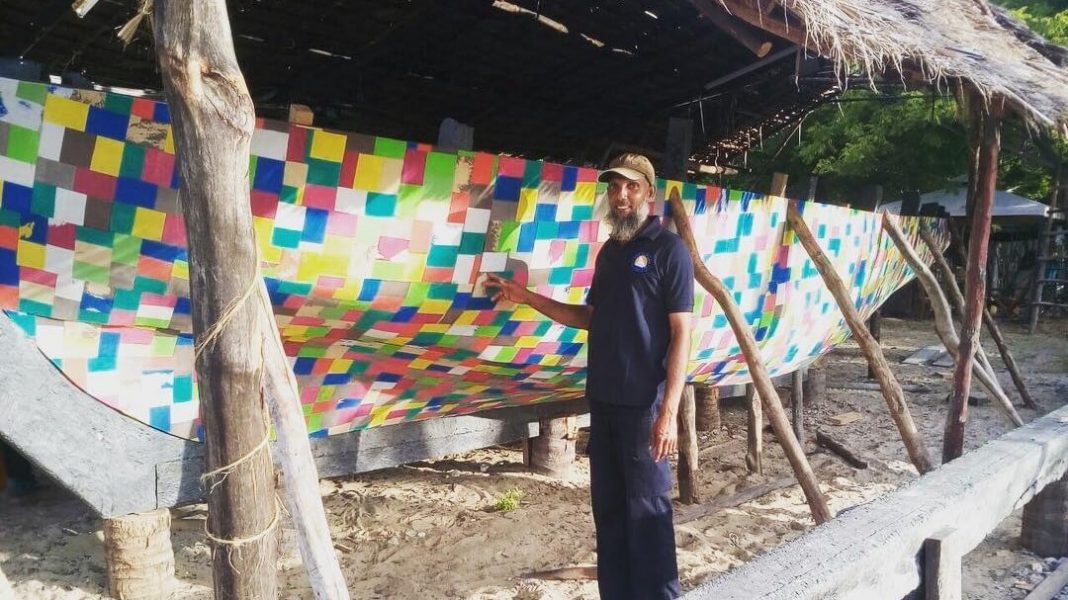 A boat made entirely out of plastic waste has embarked on its first expedition across the Indian Ocean. The trip is more about the journey than the destination, aiming to kickstart a “plastic revolution” in the coastal communities of Kenya and Tanzania.

Covered with around 30,000 re-purposed flip-flops, 10 tons of locally recycled plastic were used to make the boat, which is named “Flipflopi.”

The Flipflopi will make stops at Watamu, Kilifi, Mombasa, Diani and Pemba island, to teach local communities, school children, and government officials how to recycle their own plastics and raise awareness of the destructive nature of single-use plastics.

There will also be recycling workshops, teaching people how to make rope out of plastic using rudimentary technology.

The UN Environment’s Clean Seas campaign – which has worked to urge governments, businesses, and citizens to eliminate single-use plastics for the last decade – backs the expedition.

Project leader Dipesh Pabari told the UN Environment, “The main aim is to build on the story of this plastic revolution and to continue to highlight to the world that single-use plastic items are dreadful.”

One year ago we launched the #PlasticRevolution with tremendous support from some of Kenya's most respected artists including Maia Von Lekow Eric Wainaina Patricia Kihoro Juliani John Sibi-Okumu Ian Mbugua Judy Kibinge Smriti Vidyarthi and friends Umra Omar @James Wakibia and the message has since spread to a global audience. One year later we are steering closer to our mission to launch the world's first #recycledplastic dhow but like all great missions, this is a journey that we don't intend to stop until we end #singleuseplastic and Kenya is once again at the forefront of change! Thank you everyone who has come on board so far…https://www.indiegogo.com/projects/world-s-first-recycled-plastic-dhow-expedition-design-adventure#/ #worldenvironmentday #BeatPlasticPollution

Posted by The Flipflopi Expedition on Tuesday, June 5, 2018

Around the world, countries are working to significantly reduce their use of single-use plastics, which continue to dangerously pollute the land and the ocean, causing a threat to marine life and underwater ecosystems.

The European Union recently agreed to ban throwaway plastics such as styrofoam, straws, cotton swabs, and plastic cutlery and to impose new strict regulations on manufacturers of plastic water bottles and cups. According to the EU, by 2030, all new plastic water bottles must be made from at least 30 percent recycled materials.

Unlike Europe, Africa remains one of few continents that hasn’t “necessarily gone the whole way towards a consumption-led society yet,” said Pabari, who stressed the importance of seeing Flipflopi’s expedition as an “African story.”

“It’s an opportunity to engage and influence emerging consumer populations in the Indian Ocean region before single-use plastics and a throwaway culture become fully embedded,” he noted.

This is not the first effort to steer people away from single-use plastics. In August 2017, Kenya introduced the “world’s toughest ban” on plastic bags with potential imprisonment of up to four years, or a $40,000 fine, for producing, selling, or simply using a plastic bag.

The Flipflopi began its journey from the Kenyan island of Lamu on January 24. 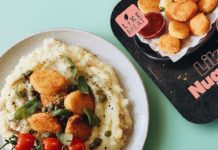