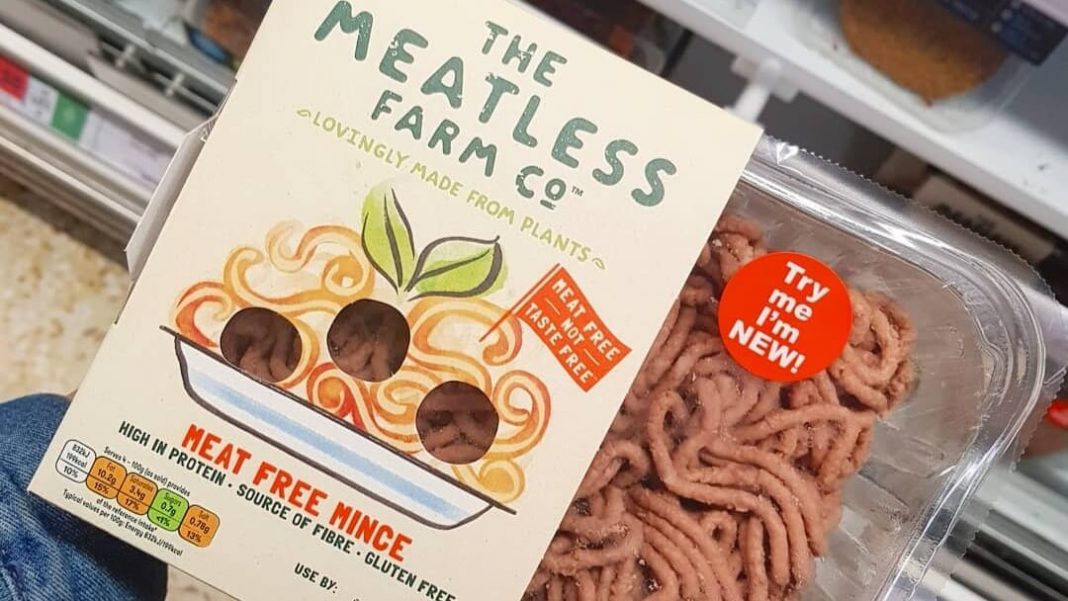 “We’re seeing increasing demand for plant-based products, and with the unstoppable rise of ‘flexitarianism’ in the UK, we are exploring further ways to make popular meat-free options more accessible,” a spokesperson for the chain told the website iNews. “Through this trial, we hope that by placing meat-alternatives within their own dedicated bay in our meat, fish and poultry aisles, our customer’s shopping experience will become even more seamless.”

The move comes as supermarkets are seeing declining sales of animal protein products and spiking sales for vegan protein, the Telegraph reports.

“We were looking at as a business the challenge we face in the future, if we sell less and less meat what do you backfill it with,” James Hamilton, a plant-based buyer for the supermarket, told the Telegraph. “So we are supplementing our ranges with alternative proteins and plant based ranges. We are interested to see what happened.”

According to Hamilton, Sainsbury’s has seen an 82 percent increase in customers seeking out vegan products online. That interest has translated to a 65 percent increase in sales of vegan options in stores. But Hamilton thinks there’s an even bigger market–customers who regularly purchase meat are expected to experiment with the vegan options with it now in their proximity when looking for healthier protein.

Introducing our new Vegan lunch options – two yummy salads and three delicious sandwiches, including the Rainbow Vegetable Flatbread – why not try one this lunch time? We've also added FreeFrom options to our On The Go range – there's an option for everyone! ???#vegan #veganuary #freefrom #glutenfree #sandwiches #lunch #sainsburys

“This is a way of giving people more choice and new ideas,” he said.

“People will even if they didn’t buy it will be thinking – is there a different way of doing things.”

The twenty-six vegan items include burgers, dogs, and plant-based fish options. The selection of items is expected to grow as well.

The UK, in particular, has become a hotbed for vegan product launches and supermarkets are readily adapting, especially when it comes to grab-and-go ready meal options. Sainsbury’s continues to add to its range of ready meals and sandwiches. And Tesco, the region’s largest supermarket chain, is seeing tremendous success with its dedicated own-brand vegan meal range Wicked Kitchen, created by the in-house director of plant-based innovation, Wicked Healthy chef Derek Sarno.

Waitrose, Aldi, Morrisons, and most other major UK supermarkets are all investing in expanding plant-based options as well as the UK was named the world’s top region for vegan food launches. The city of Bristol was also recently named the number one city for vegan food.