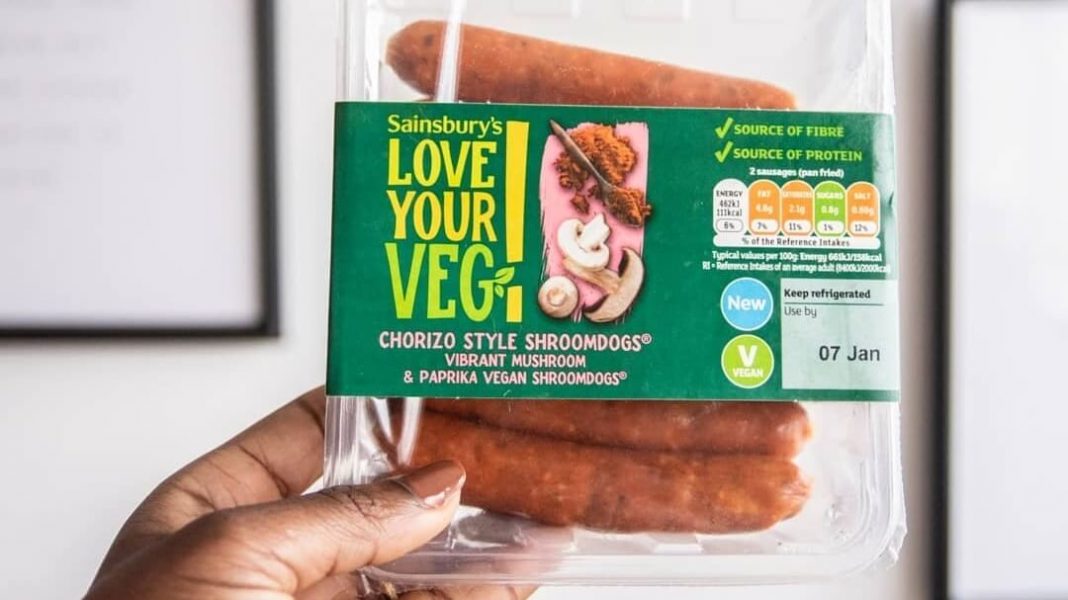 The launch of the new selections – which includes chilled and frozen products – coincides with Veganuary, an international campaign that sees many giving up meat and dairy for their health and the planet during the resolution-heavy month of January.

Following the success of the Shroomdog – an own-brand mushroom-based sausage introduced earlier this year – Sainsbury’s new product range includes vegan cocktail sausages named Shroompups, as well as the new chorizo-style option, which are spiced with paprika.

It’s the first time Gardein products – which are a hit in Canada and the U.S. – have been available in the UK. Sainsbury’s stocks the brand’s Seven Grain Crispy Tenders, Fishless Filets, Mandarin Orange Crispy Chick’n, Classic Meatless Balls, and Szechuan Beefless Strips.

Ready meals and seitan bacon by Chicago-based Upton’s Naturals are also available, as well as vegan salmon and prawns by Sophie’s Kitchen; that launch was announced earlier this year. Plant-based ready meals by Deliciously Ella has also arrived on the shelves, including Yellow Thai Curry and Cauliflower & Lentil Dahl.

According to Vegan Food and Living, Sainsbury’s now offers more than 100 vegan products, and sales in the category are soaring.

Sainsbury’s recently reported a 20 percent increase in sales of plant-based and vegetarian foods. At the same time, it launched 21 new meat-free products, adding more vegan meats by Tofurky, Linda McCartney, and Viviera to its shelves.

Speaking about the latest additions, Rachel Matthews, the meat-free product development manager for Sainsbury’s, said in a statement, “With more than seven million vegetarians in Britain and the meteoric rise of the flexitarian lifestyle, Britain has certainly got the taste for meat alternatives at meal times.”

She continued, “Our new range of plant-based products [provides] innovative and truly delicious options – from the juicy Jackfruit Quarter Pounder to flaky Fishless Filets – to take the hassle out of cooking flexitarian. We’re really proud to be extending our range for customers with these exciting, flavoursome products and can’t wait to hear how our customers are using them.” 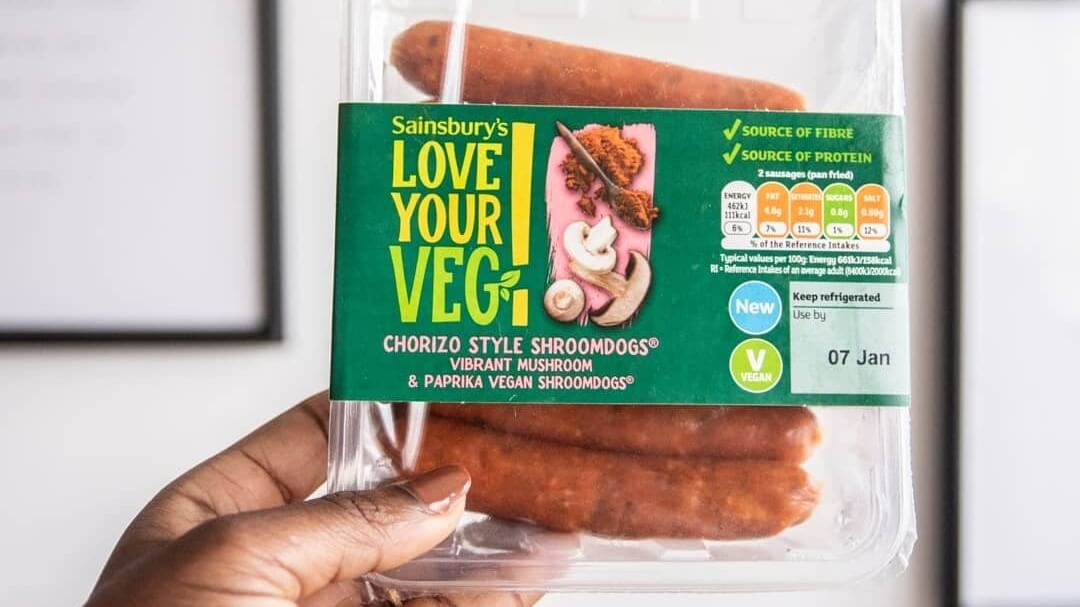