The UK’s third largest supermarket chain launched the meat-free cheddar-style kievs under its own-brand vegetarian label. The kievs feature lightly seasoned soya protein, a coconut-based cheddar filling, and a “hint of garlic,” according to the product’s packaging.

The frozen meat-free meal is high in protein and fibre, the label says, and contains no cholesterol.

The supermarket chain’s new product joins other vegan kiev options in the UK. Earlier this year, vegan chicken Satay Kievs arrived at 300 Asda stores across the country. The meat-free dish was created by plant-based meat brand Squeaky Bean, which is committed to offering consumers nostalgic, “dirty” vegan junk food. The brand says it was “inspired by the best vegan food you can eat out and bored by the vegan offer in supermarkets.”

As well as its Satay Kievs, Squeaky Bean makes Fishless Fingers and Nuggets. 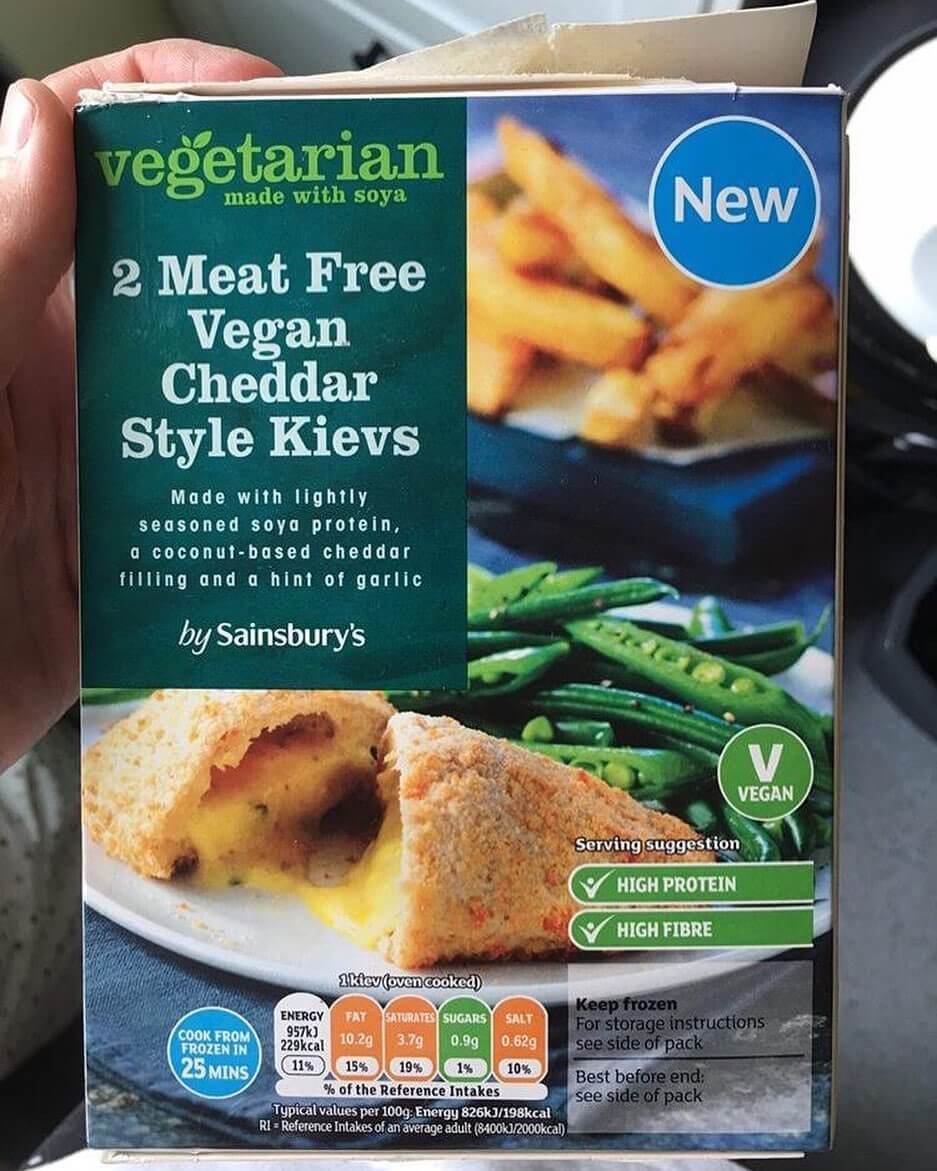 More people in the UK are cutting animal products from their diet in favour of plant-based foods, and grocery stores are eager to keep up.

Rachel Matthews, the Meat-Free Product Development Manager at Sainsbury’s, said in a statement at the time, “There are already over 22 million flexitarians in the UK and we’re seeing more and more of our customers making plant-based foods a key part of their diet.”

“Breadth of choice is extremely important to us and our customers and we want to provide the same variety for meat lovers and plant lovers alike,” she added.

A month later, Sainsbury’s reported that its meat-free category had seen rapid growth, with a 20 percent weekly increase in plant-based product sales.

In February, the chain reported that in the last year, it had experienced a 65 percent increase in sales of vegan products. According to James Hamilton, plant-based buyer for Sainsbury’s, “The general market dynamic is that meat is on the decline.”