Sainsbury’s potato salad is made from cooked potato, spring onion, and chives. The coleslaw contains shredded cabbage, carrot, and onion. Both are mixed with a “rich” vegan mayo dressing.

“Best vegan coleslaw out,” said one customer online. “Love this stuff and it’s so cheap!”

Sainsbury’s has adapted to the rising demand for plant-based food by embracing trending ingredients. The supermarket introduced pulled jackfruit in 2018. It also aims to incorporate banana blossom — a plant-based fish substitute — into vegan ready meals in the near future.

In June, the British chain opened a 100 percent vegan pop-up butcher shop on Bethnal Green Road in London. According to a report released in early 2019, Sainsbury’s experienced a 65 percent increase in vegan product sales in the preceding year. 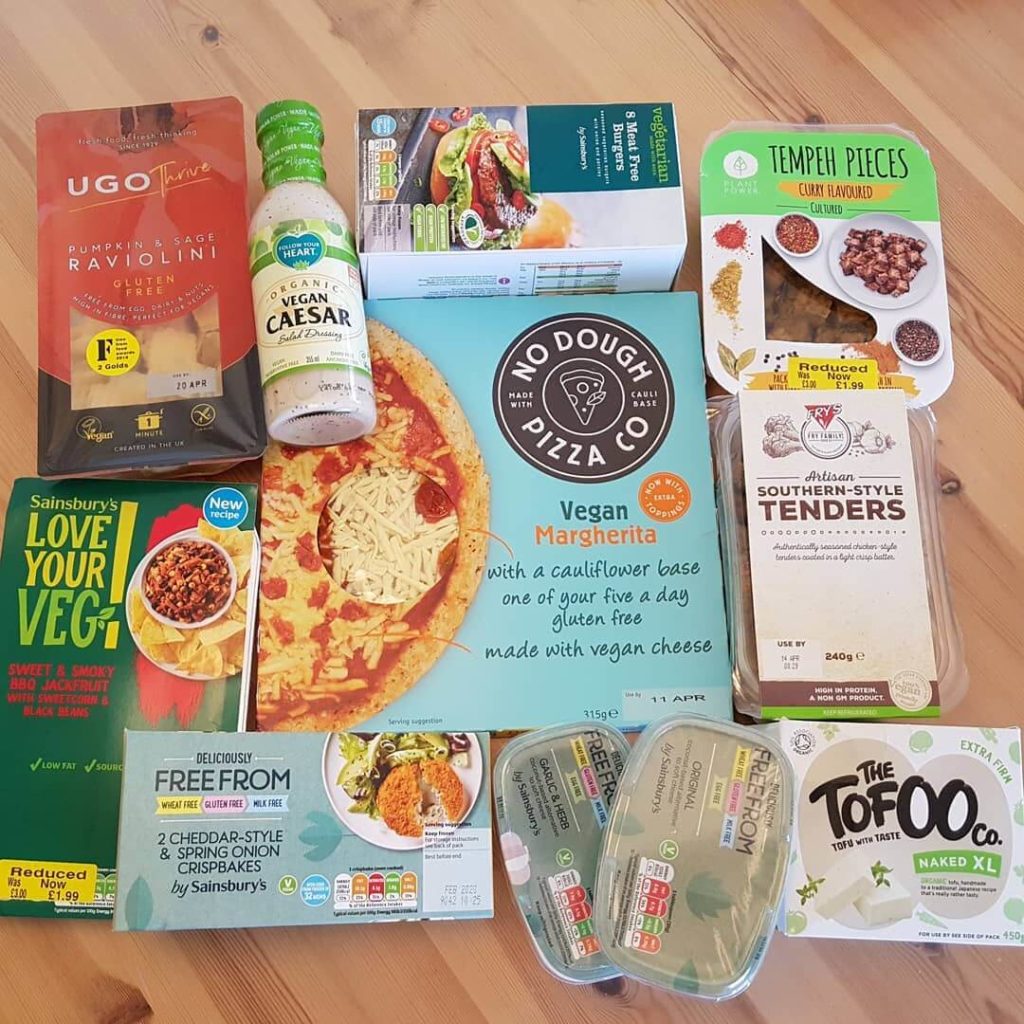 Sainsbury’s has a wide range of vegan groceries. | @fionnasvegankitchen

Earlier this year, Sainsbury’s launched a Future of Food Report as part of its 150th anniversary. The report shared predictions about upcoming food trends including the increasing popularity of plant-based food.

“Due to our rising eco-anxiety, health concerns and awareness of animal welfare, it’s likely that a quarter of all British people will be vegetarian in 2025,” says the report. This is up from the current figure of one in eight Britons. The report also predicts that “half of us will identify as flexitarians,” which is up from a fifth.

“We know that we have a role to play in expanding the nation’s diets,” said Claire Hughes, Head of Quality and Innovation at Sainsbury’s. “As the current foods we eat aren’t sustainable for a growing global population that will increase to 9 billion in 30 years.”

“With the rise of an ecologically aware new generation, driven by health concerns and environmental determination, vegetarians (including vegans) look set to make up a quarter of British people in 2025, and flexitarians just under half of all UK consumers,” says the report.

Sainsbury’s just announced that it will expand The Plant Pioneers range and launch new products on January 1, 2020. There will be a total of 31 products including fresh, frozen, and tinned vegan items.