Just Salad has replaced all of the beef on its menu with vegan meat.

The U.S.-based fast-casual restaurant chain — which has more than 30 locations across the country — replaced beef with vegan meat by California-based brand Beyond Meat. Its Smokehouse Steak Salad will no longer appear on the menu. Instead, diners can add Beyond Beef meatballs to any wrap or bowl of their choice.

Janani Lee — Just Salad’s chief sustainability officer — told Business Insider that the menu change is driven by environmental concerns. They said, “we know red meat’s incredibly wasteful and has a huge carbon footprint, so we decided to remove grass-fed steak from our menu and replace that with Beyond Meat.”

“We’re excited to demonstrate to our guests that a plant-based life (or even just a plant-based meal) can be healthy, affordable, and delicious,” Just Salad told LIVEKINDLY. 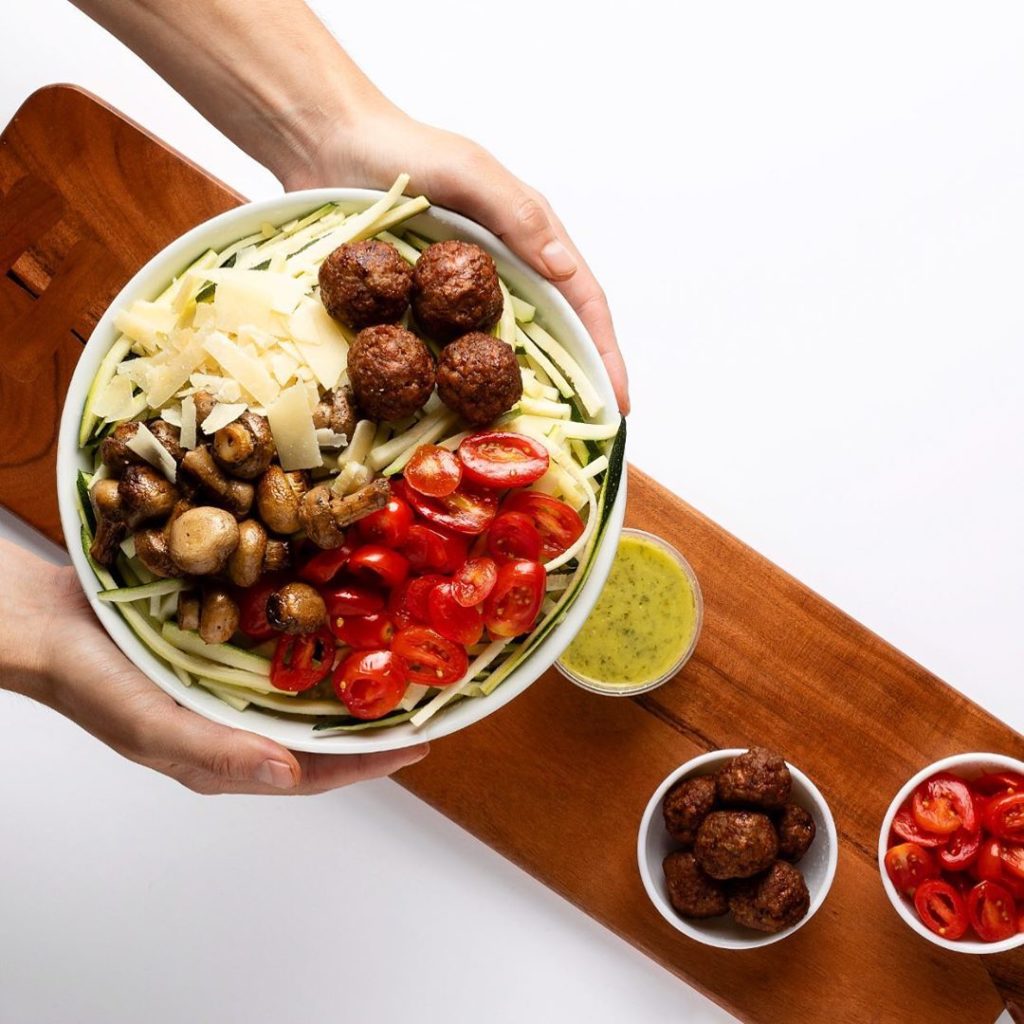 Beyond Beef meatballs can be added to any Just Salad dish. | Just Salad

‘Plant-Based Meat is the Future’

Lee told Restaurant Business Online that the move to vegan meat wasn’t easy. The Smokehouse Steak Salad was one of the company’s best-selling dishes. However, the menu change is part of the chain’s “Planet Over Profit” initiative.

Lee said, “[It] was in the top 10 in sales, so some customers will miss it. But plant-based meat is the wave of the future, and we wanted to offer that option.”

“We believe a completely meatless menu at Just Salad is possible within the next five years,” Just Salad told LIVEKINDLY. “That’s not a firm commitment just yet, but we see meat consumption trending toward being an occasional treat rather than everyday option.”

Just Salad also intends to look at other ways to make its menu more sustainable. By 2021, it aims to completely eliminate single-use plastic.

Just Salad isn’t the only chain to team up with Beyond Meat. The plant-based brand recently trialed Beyond Fried Chicken with fast-food giant KFC in Atlanta. Its “bleeding” burgers are sold in restaurants all over the world, including A&W Canada, Luna Grill, and Bareburger.

“At Beyond Meat, we believe there is a better way to feed the planet,” the brand states on its website. “Our mission is to create The Future of Protein … made directly from simple plant-based ingredients. By shifting from animal to plant-based meat, we are creating one savory solution that solves four growing issues attributed to livestock production: human health, climate change, constraints on natural resources and animal welfare.”