An investigation into the deaths of 21 racing horses has led to an “indefinite” pause on horse racing at the popular Santa Anita track in Southern California.

“The move was made so that experts could continue to study the track surface in the hopes of finding out what has caused the sudden dramatic rise in racing deaths since the meeting opened Dec. 26,” reports the Los Angeles Times.

The immediate cessation of races will postpone both the Santa Anita Handicap and the San Felipe Stakes, regarded as a “major prep race for 3-year-olds on the road to the Kentucky Derby,” the Times reports.

Animal rights activists have called for the closure of the track after the recent deaths, protesting outside the track with signs reading “Your Bets Cause Horses’ Deaths” and “How Many Have To Die?”

International animal rights group PETA (People for the Ethical Treatment of Animals), helped organized protests outside the track, and released a statement today saying the suspension of racing is “the right thing to do.” 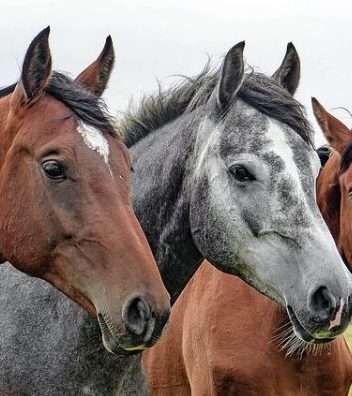 “Twenty dead horses is 20 too many and the only responsible action is for the track to close immediately to stop this spiral of deaths,” the group said in a statement. “The California Horse Racing Board and Santa Anita must do this now, and law enforcement must begin an immediate investigation of trainers and veterinarians to find out if injured horses were being forced to run.”

The track says it’s consulting with experts now to determine the cause of the issue.

“One is too many,” said Santa Anita Park Director of Publicity Mike Willman. “Safety, equine and human, is our number one party.”

“Something is drastically wrong,” trainer Art Sherman told the Times. “I’ve been around a long time and have never seen this. There’s something wrong in the foundation or something is not right. The only way to find out is shut it down.”

PETA is urging Los Angeles County’s district attorneys office to investigate the deaths, noting that the horse may have had “undisclosed” injuries, a common occurrence. The group also urged the California Horse Racing Board to investigate the trainers of all the horses who died as well as review all veterinary records.

“If 19 football players died during one season, you can bet that the NFL would be under serious scrutiny,” PETA said.