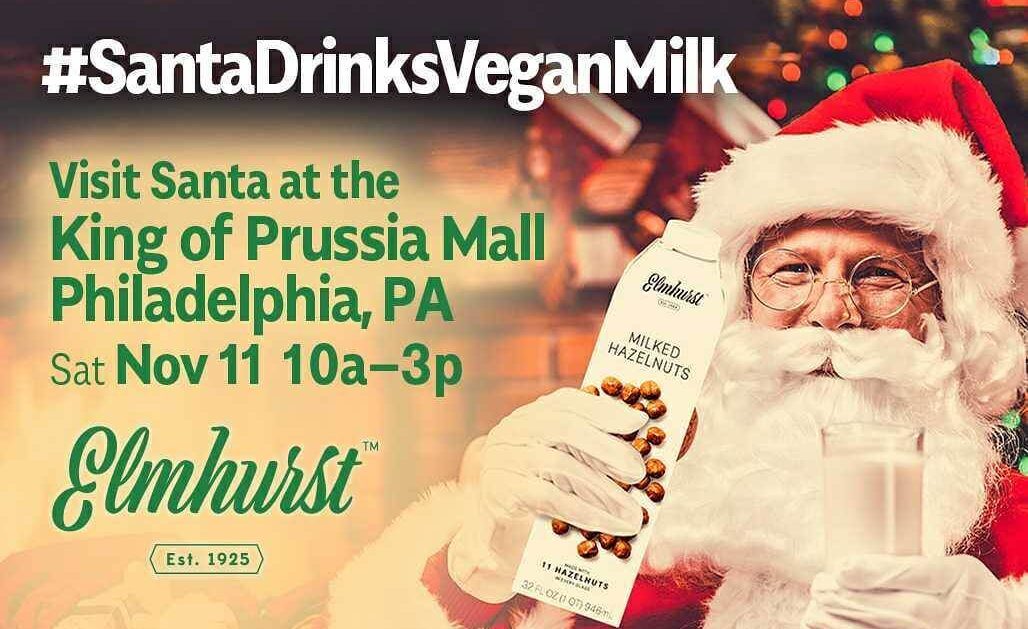 Between 10am and 3pm today (11th November), vegan milk brand Elmhurst have been at King of Prussia mall in Philadelphia with a very special guest: Santa.

Vegan Santa does exist! We’ll be at the King of Prussia Mall in #Philadelphia alongside Santa tomorrow, with free samples of our #plantbased milks ?? We hope to see you there! #SantaDrinksVeganMilk #elmhurst1925

Elmhurst are an ex-dairy brand who turned vegan back in 2016 when they ditched the cow’s milk and started working on some plant based alternatives. Earlier this year, they released a new range of vegan milks called ‘Elmhurst Milked’ in four different varieties, all of which are nut-based.

Commenting on his decision to make his business vegan, Elmhurst’s 82 year old CEO said ‘After 92 years in business, it was time to embrace a new model and look toward the future.’

Now, the brand are showing off a truly unique Santa, a Santa of the future – one that drinks vegan milk.

During your visit to Santa to ask him for all of your Christmas wishes you can also enjoy a sample of plant milk with a choice between almond, cashew, walnut, and hazelnut.

It’s not clear which milk is Santa’s favourite, although it’s likely to be the one that goes best with a plate of vegan mince pies.