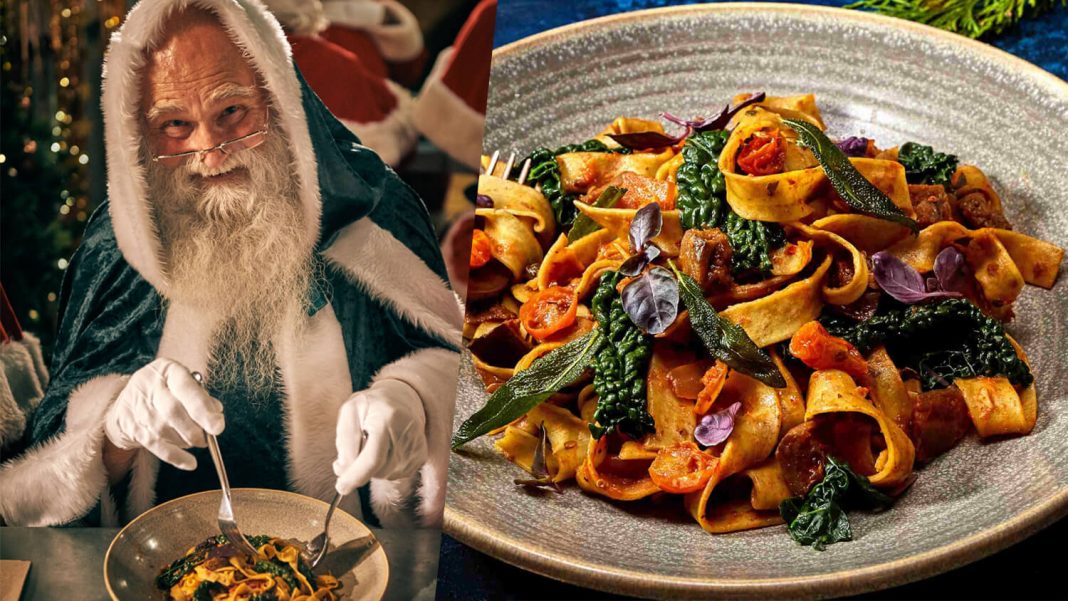 The 40-second commercial features a group of various Father Christmas characters enjoying Zizzi’s Christmas menu. According to Zizzi, the restaurant’s festive menu has something for everyone, including vegans and those who are gluten-free. On the ad, the vegan Santa, clad in a velvet green robe, is shown tucking into a plate of meatless Tagliatelle.

Zizzi says that the commercial was inspired by its latest research that revealed 33 percent of Brits can’t decide where to eat for Christmas due to dietary restrictions. The study also found that people believe that a plant-based diet is the most difficult to cater for. Sixty-three percent of those surveyed said they have relaxed their plant-based diet when eating out to avoid arguments with friends and family.

“More and more diners are adopting a vegan diet and we wanted to ensure that they could enjoy good food and good times with friends and family without missing out on tasty festive dishes,” Rachel Hendry, Zizzi’s head of brand and commercial marketing, said in a statement.

Hendry continued, “This Christmas we are expecting a considerable increase in vegan diners so our menu includes more options for them (and those with other dietary requirements) than ever before.”

Zizzi is not the only chain to notice an increased demand for vegan food across the UK. Fellow Italian chain Bella Italia’s festive menu offers vegan risotto and pizza. Brands like Caffè Nero, Pret a Manger, Starbucks, and Boots have all launched plant-based Christmas sandwiches for the festive season.

Major supermarkets are on board with vegan options as well. Tesco’s Christmas menu includes a cauliflower wellington stuffed with spiced mushrooms as well as katsu curry rolls. Waitrose is offering a vegan beet wellington and a dairy-free chocolate torte, and Iceland recently launched a “No Turkey” Christmas dinner for one.