Vegan documentary “Dominion” — released in 2018 — is so disturbing, some viewers said they were unable to finish watching it.

According to The Daily Mail, one social media user wrote, “got six minutes into Dominion and that’s all I could cope with.” Another added, “I believe it should be compulsory viewing for all omnivores.”

Some said they felt sick whilst watching and others said that although they found it difficult, they forced themselves to watch the whole thing.

“‘Dominion’ combines footage from handheld, hidden, and aerial drone cameras, much of it never seen before, to convey both the terrifying scale of an empire built on secrecy – and the individual stories of its victims,” says the documentary’s website.

“By exploring six primary facets of our interaction with animals – Companion Animals, Wildlife, Scientific Research, Entertainment, Clothing, and Food, the film will question the morality and validity of our dominion over the animal kingdom,” it continues.

“Dominion” is written and directed by Chris Delforce, and co-produced by Shaun Monson, who directed 2005’s “Earthlings.”

“Get active with a local group such as Anonymous for the Voiceless, DXE or The Save Movement,” says the website. “Join protests, rallies, demos, marches.”

Delforce himself is active with the vegan group Aussie Farms, which organized a national day of protest earlier this year. The protests were to raise awareness and protest against cruel farming practices in Australia.

Some activists publicly demonstrated in central Melbourne. A key demand from the Melbourne protestors is that “Dominion” becomes compulsory viewing for all schoolchildren over 15.

Despite criticism from the farming community, veganism is rising in popularity across Australia. According to a report by independent research company Roy Morgan, more than 2.5 million Australians now eat food that is all “or almost all” vegetarian.

“For many protesters, a key part of securing better treatment of animals is to practice and promote embracing vegetarianism – and the message is getting through to an increasing number of Australians,” she said in a statement.

Dominion is the sequel to “Lucent,” Delforce’s 2014 vegan documentary. “Lucent” “explores the darker side of Australia’s pig farming industry.”

Both “Lucent” and “Dominion” are available to view online for free. 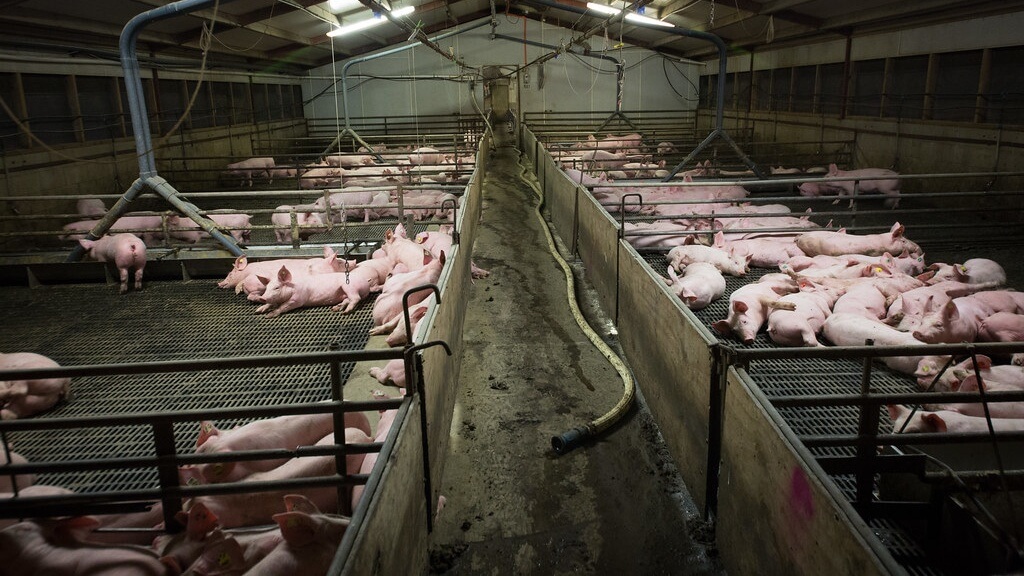