Researchers have developed a human skin culture system that could help replace animal testing in the cosmetics and pharmaceutical industries.

Ten Bio Ltd. is a venture born from the University of Dundee’s School of Life Sciences. It was founded by Dr. Robyn Hickerson and Dr. Michael Conneely, who initially created explant skin models (cultured skin obtained from surgery) for their drug discovery programs. After years of development, the two have created a human skin culture that closely mimics the real thing, allowing for testing that is more accurate than using animals.

“When skin is removed from the body it contracts as the tension relaxes,” said Dr. Coneely. “By stretching the skin to an optimal tension, we have created a model that will allow pharmaceutical and cosmetics companies to generate pre-clinical data that will be much more predictive of what is likely to be seen in the clinic.”

Posted by Life Sciences, University of Dundee on Friday, September 25, 2020

Moving Away From Animal Testing

Pharmaceutical animal testing is controversial for ethical reasons and because it is not a reliable method of providing accurate results.

“There is a disconnect between animals and humans when you’re trying to develop therapeutics,” said Dr. Hickerson. “While animals can serve as good analogues to study general principles, they often fail when it comes to specific details due to animal/human species differences. These details matter when it comes to developing safe and effective drugs for humans.”

“Upwards of 90% of drugs that are proven safe and effective in animals fail during clinical trials. Our model will help reduce this costly failure rate,” said Dr. Hickerson.

While cosmetic animal testing is banned in the EU and other countries, it is still utilized, but not required by law in the US. China is one of the few remaining countries in the world where testing beauty products on animals is mandatory. However, in recent years, the government has begun to take steps toward banning animal testing. 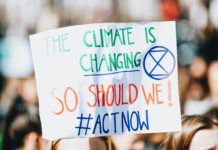