Peter Jäger, Head of Arachnology at the Senckenberg Research Institute and Natural History Museum in Frankfurt, discovered a new genus of Madagascan huntsman spiders. In the scientific journal Zootaxa, Jäger explained that the Thunberga gen. nov. spider features a unique eye arrangement and dotted pattern. The arachnologist has a penchant for naming spiders after famous figures. In 2008, he named a huntsman spider Heteropoda davidbowie, after glam rock icon David Bowie.

Jäger has discovered several new spider species during his 20-year career as an arachnologist. He said that by naming this spider after Thunberg, he aimed to draw attention to the issue of biodiversity loss in Madagascar.

“The rising temperatures affect all areas of nature,” he said. “Including the endemic diversity and spider fauna of Madagascar.”

Despite environmental degradation, Madagascar remains one of the world’s most biodiverse areas. Of more than 200,000 known species in the region, over 80 percent exist nowhere else. But according to World Wide Fund (WWF), Madagascar’s biodiversity is at high risk.

The 2016 edition of WWF’s Living Planet Report indicates that Madagascar is in the “red zone.” It could lose up to 30 percent of its flora and fauna by the end of the century. This would also severely impact the country’s economic growth, which is highly dependent on environmental conditions. 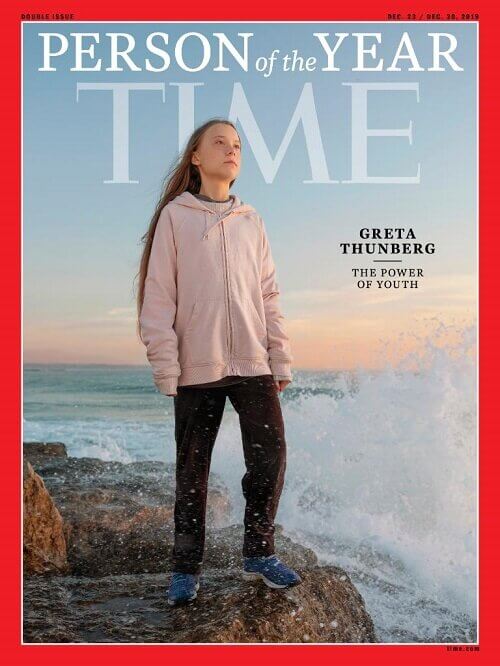 TIME magazine named Thunberg Person of the Year in 2019.

Since 2018, various experts, officials, and politicians—including Barack Obama—have praised her environmental efforts. Last year, Thunberg and 15 other young activists sued five countries for their excessive contributions to the climate crisis.

“If you want advice for what you should do, invite scientists, ask scientists for their expertise,” said Thunberg at the US senate’s climate crisis talks.

The Thunberga gen. nov. spider is not the first animal to be named after the teenage activist for her environmental work. In 2019, scientist Dr. Michael Darby named a newly discovered species of beetle after Thunberg. Darby said he chose the name because he was “immensely impressed” by Thunberg’s campaigning.

As reported by the BBC, he added that he “wanted to acknowledge her outstanding contribution in raising awareness of environmental issues.”