Canadian researchers at the University of Saskatchewan have been awarded $1.65 million to perfect plant-based protein cultivation in order to satisfy the demand for vegan meat.

Michael Nickerson — a professor at the university and the strategic research program chair in protein quality and utilization at the Saskatchewan Ministry of Agriculture — believes that Canada is poised to become a leader in plant-based protein.

The Agricultural Science Behind Vegan Meat 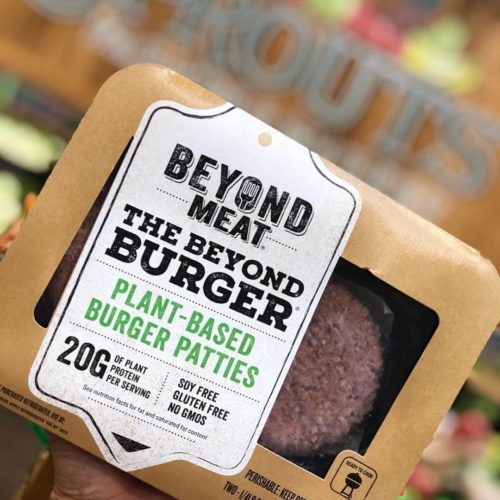 Researchers will look at ways to improve crop quality as well as supply-chain management, CBC reports. Additional projects include examining new technologies that separate plant-based protein from fiber and starch.

“So, instead of a product having soy protein isolate or milk proteins, you can have pea-protein isolates,” Nickerson said, adding that isolates are the main ingredient food companies use to make tastier vegan meat.

The popular Beyond Burger — available in grocery stores as well as A&W Canada and Tim Hortons — is made with pea protein isolate. Nickerson said that the demand for plant-based protein is on the rise thanks to rising consumer interest in vegan meat as well as the increasing cost of traditional meat.

The investment is part of a larger $29.6 million investment from the Natural Sciences and Engineering Research Council of Canada’s (NSERC) Collaborative Research and Training Experience (CREATE) program. The University of Alberta and the University of Manitoba have also both received investments, totaling $4 million in funding going to researchers at all three academic institutions.

“This investment will provide this country’s brightest natural sciences and engineering students and postdoctoral fellows the support that our next generation of research leaders need to help ensure our health, environment, communities, and economy thrive,” said Kirsty Duncan, federal minister of science and sport.

A number of processing plants for legumes such as chickpeas and lentils are already underway in Canada’s western provinces. The Canadian government invested $150 million in plant-based protein “superclusters” in March 2018 in order to research and promote crops such as beans, lentils, and peas. The prairie provinces are already among the world’s top producers of high-protein pulses.