The Scottish Labour Party has proposed legislation that would increase penalties for animal cruelty charges in Scotland. If passed, violators of the new law would face up to five years in jail and an unlimited amount of fines.

The bill—entitled the Animals and Wildlife (Penalties, Protections and Powers) (Scotland) Bill—was introduced in Parliament last September. It amends the Animal Health and Welfare (Scotland) Act of 2006 and the Animal Health Act of 1981. The bill unanimously passed its first stage in March and its second stage on May 26.

The Animals and Wildlife Bill aims to provide further protections to Scotland’s animals and wildlife. The bill will also introduce Finn’s Law. It was named after a police dog that was stabbed in the line of duty. Finn’s Law aims to strengthen protections for service animals like police dogs and horses.

But the Scottish Labour Party wants the bill to enforce harsher punishments for animal abusers. The group has called for amendments to the bill that would maximize punishments for severe animal cruelty crimes—such as cases of poisonings, abandonment, and mutilation.

“This Bill is a step in the right direction, but Scottish Labour has listened to calls from animal welfare charities that it does not go far enough,” Colin Smyth, Scottish Labour Party politician, told STV News.

He continued: “In its current form, some of the most heinous crimes against animals such as poisoning and mutilation will still carry far too light a sentence. [T]hat is a loophole that must be closed. All animals are sentient—and cruelty to animals should be treated as a serious crime with serious consequences.” 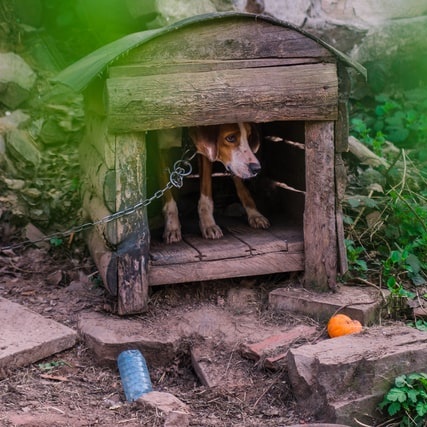 “My proposals could give this Bill real teeth by giving the SSPCA the powers they need to investigate wildlife crime,” Ruskell told STV News. He added: “Currently the service cannot gather evidence to prosecute these crimes, even when they know about them. That’s ridiculous.”

The Animals and Wildlife Bill now goes to stage three where it will be heard by the entire Parliament. Once it passes the third stage, the bill will be submitted for Royal Assent to become law.