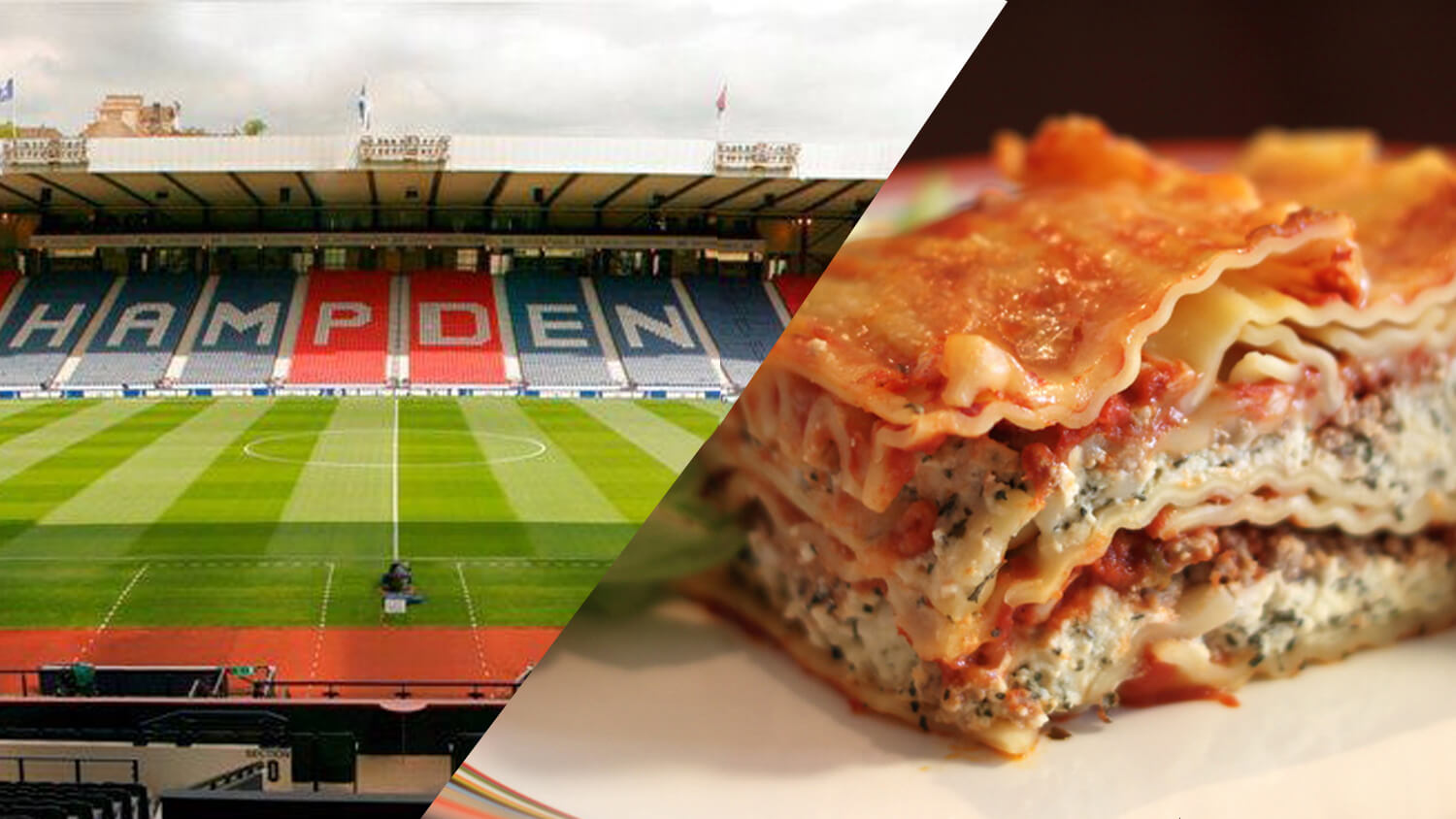 Scotland’s national football stadium Hampden Park has updated its menu with new vegan options. Hospitality and Catering News reports that the new menu was unveiled at the stadium’s 2018 Conference and Events Showcase.

Just one of the new vegan menu options was revealed: a lasagna that features mince from plant-protein brand Quorn, soy-based dairy-free béchamel, roasted courgette and aubergine, all topped with a layer of vegan cheese. The plant-based lasagna, along with Hampden Park’s other new items, which will be revealed at a later date, were developed by head chef David Buskie of food service distributor Sodexo Prestige Venues & Events. Many of the dishes emphasize seasonal produce, sourced locally from Scottish farms.

“We are lucky enough in Scotland to have access to some of the world’s best produce,” said Buskie. “At Hampden Park we pride ourselves in using seasonal Scottish produce that’s locally sourced, giving our menus the flavour, freshness, and diversity that our customers demand.”

“The Showcase was the perfect opportunity to offer a peek into kitchen as we prepare to roll out our new Conference & Event Menus in September this year,” Buskie continued.

“At Hampden we pride ourselves on offering our clients and their guests the highest quality experience, which is why we’re thrilled to be able to unveil our new, inclusive range of menus,” added Craig Younger, general manager for Sodexo Sports & Leisure at Hampden Park Stadium.

The decision to include a wider range of vegan options is likely due to the shift in consumer eating habits occurring throughout the UK and other parts of the world. According to data released last April, the number of vegans living in the UK has skyrocketed by 700 percent over the past two years. According to major global market research firm Mintel, even more consumers are increasingly interested in consciously reducing meat consumption for reasons including health and sustainability.

The new vegan menu has not yet been added to the Hampden Park website, but is expected to roll out later this month.