Activists have launched a legal challenge to block the Scottish government from allowing the export of calves on journeys that last longer than eight hours.

International farm animal welfare organization Compassion in World Farming (CIWF) applied for a judicial review in the Court of Session in Edinburgh earlier this year. It notes that Scotland sends thousands of calves to Spain on “grueling journeys” every year.

The group challenges the Animal and Plant Health Agency (APHA), which is responsible for regulating international animal trade. In a press release, CIWF said APHA goes against EU regulations by “permitting the transport of unweaned calves on export journeys longer than eight hours.“

“Under EU law, journeys over eight hours are not permitted, unless after nine hours of travel the calves are fed with milk replacer and given water. In practice, the calves are not fed and, in many cases, not given water,” CIWF stated.

“For too long, the Scottish Government has been permitting these long journeys. Even though they know the calves are not fed after nine hours as EU law mandates,” Peter Stevenson, CIWF’s chief policy advisor, said in a statement.

CIWF is currently awaiting permission from the court to proceed with the case, Stevenson told LIVEKINDLY. 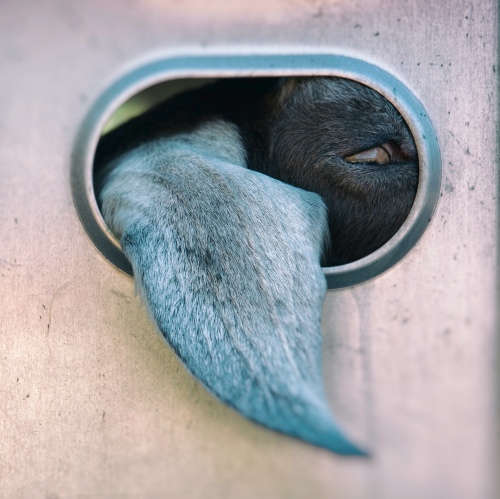 Live animals—such as cows, sheep, goats, and pigs—are frequently transported via cargo ships, trucks, trains, and even by planes.

The animals must often endure long, arduous journeys to reach their destination. They can suffer from dehydration, stress, and other illnesses. Some even die en route.

“Sending young calves all the way from Scotland to Spain is inhumane. The calves are likely to suffer from hunger, thirst, and exhaustion.  They are so young that they haven’t got a properly developed immune system, and so [they] are vulnerable to disease,” Stevenson said.

He added: “Nor can they yet regulate their body temperature—so in winter they suffer from the cold and in summer from the extreme heat that is the norm as they travel through southern France and into Spain.”